If you’re a sports gambler, you probably love betting on the NFL. Data shows that it’s the American public’s favorite sport to bet on. Another data set shows it’s the most profitable sport for sportsbooks.

Because football pulls at the general public emotionally, bad betting decisions are as much a part of the game as a fumble or a touchdown. The good news? You can still make money gambling on football if you avoid the pitfalls that crush your bankroll.

We all have to start somewhere, and if you’ve been experiencing some difficulty with consistently winning money betting on the NFL online, you might be committing some rookie mistakes. Read through these tips and learn which betting behaviors to avoid.

1 – Betting on Your Team

Nobody likes hearing this, but betting on your favorite team is probably holding you back from making efficient use of your money. When you bet on sports, it’s important to have an analytical, value-based, unemotional approach to your plays. When you involve a team that you’ve been a fan of since you were a kid, all of that goes out the window.

The likelihood of you ever betting against your favorite team is slim. For most people, the only time they would consider it is if their team was a favorite and the spread was large enough to allow for the win while allowing the other team to cover. It just doesn’t add up.

I’m not necessarily saying that it’s always wrong to bet on your team, but if you’re in a position where your emotions are directing your money, it’s almost always a losing proposition. You already have a huge stake in the game in terms of your fandom. Leave the financial stakes to the other games of the week and you’ll be better off for it in the long run.

As an avid consumer of sports media, I always find it fascinating how radio and television personalities make such extreme assessments from one week to the next. This is even more prevalent when a team performs in a primetime situation.

One game (even two or three) does not provide enough data to utilize in making an NFL betting decision. For example, if a team has played well for 10 games but loses to an inferior opponent in their 11th game, that doesn’t nullify their performance earlier in the season.

When evaluating teams, do your best to take a holistic approach. The public typically causes lines to shift based on what happened the previous week.

If the Packers lost by 14 points the week prior, you can expect the public to stay away from betting on the Packers the following week. This will likely create a situation where it might be favorable to take the Packers and the points.

Keep in mind that the public shifts lines. The goal of the NFL sportsbooks is to get even, or close to even, money on each side. Don’t be a member of the overreacting public and you’ll get a slight advantage with your plays.

If you’re like most sports bettors, you’re aware of the gambler’s fallacy, but that doesn’t stop you from falling into its trap time and time again. If you’re not familiar with the term, the gambler’s fallacy is the incorrect notion that past events influence future events. To put it in sports terms, just because Team X hasn’t covered the spread in several weeks doesn’t mean they’re “due” to cover the spread the next week.

Betting on a team because you feel like they’re due to cover (or due to not cover) is simply a lazy way to gamble. I see this mistake made frequently on over/unders when bettors think that because the early round of games hit on 75% of the unders, the later games are more likely to hit on the over when it balances out.

Evaluate each NFL bet on an individual basis. If you find yourself making a decision because of the outcome of a previous bet, you’re not making the most educated play.

Sports gambling differs from the games themselves in that it’s not about wins and losses so much as it’s about making plays that grow your bankroll. If you’re frequently making plays that win only a percentage of the money you risk, you might end up winning more bets, but you’ll lose money in the long run.

If you’re taking heavy favorites at moneylines of -200 or less (-250, -300), you’re risking a lot for a not-so-great return. Sure, you might win 60% of your bets, the money coming in is going to be significantly less than the money going out.

Look for value while betting on the NFL. In fact, it’s a good idea to take the underdog moneyline from time to time if there’s a close matchup where the spread is four points or less.

Think of it this way, if you take a -220 favorite and lose, then win two bets at -110, your record would be 2-1 but you’re still in the hole financially. As a general rule of thumb, if the favorite is -170 or below, stick to the spread.

5 – Trying to Make up Losses

All forms of gambling can be frustrating. Nobody likes losing money. Naturally, the first instinct after an NFL betting loss is to try to recoup your money quickly. This is a dangerous way of thinking that can spiral out of control quickly.

The best way to avoid falling into this trap is to decide beforehand how much of your bankroll you’ll bet on any one game. For example, most bettors recommend playing between 2% and 4% of your overall pool of money you’ve allotted for NFL betting. If you stick to this rule, you’ll prevent yourself from following up two $25 losses with a dangerous $50 bet that could leave you in a bad situation moving forward.

When you bet on the spread, every point is important, and not every sportsbook will give you the same odds.

With the amount of NFL sportsbooks that are available for use, there’s no excuse for betting on the first one you look at.

Before you place a bet, take a look at a handful of sites and see which ones give you the best options for the plays you’re trying to make.

It might sound tedious to look around when you’ll likely only get a point for your efforts, but over time, you’ll see how many games actually do come down to a point (or less). This is one of the most common NFL betting mistakes. It only takes a minimal amount of work and can pay off with real results over the course of a season.

7 – Not Following the Line Changes

Remember that the spreads are impacted by the way the public bets, and following the line movement is a great way to decide which side to bet on. For example, if the spread opens at -3.5 and moves to -2.5 by game time, it means that most people are taking the underdog. This should steer you away from taking the underdog.

As a general rule, it’s usually a good idea to fade the public when betting on the NFL. Sportsbooks are a booming business because of the decisions the majority of bettors make.

If you do your research and avoid these common pitfalls, the NFL season can not only be exciting, but also profitable. If you take away just three pieces of information from this article about NFL betting mistakes, remember to always shop around for the best lines, avoid trying to chase losses with bigger bets, and stay away from the public money unless you have a strong feeling about a game. 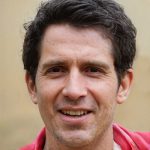 Tim has been a sports fan for as long as he can remember. The Vermont native has lived in Las Vegas for the last two decades, and he uses his experience in the industry to try and give readers the best possible advice when it comes to betting on sports. Football is Tim’s primary area of expertise, but he also dabbles in other sports like horse racing and basketball. Tim uses his wealth of knowledge to try and make the reader a better bettor.