The pandemic did a fast one on a number of industries. Many have faltered down to the growing pressure of social distancing measures and worldwide lockdowns. Many… but not online gambling! People seem to have found temporary solace in online gambling and similar activities.

But, with most sports still experiencing a post-corona crisis, they had to find greener pastures for their online betting endeavors. Esports betting was the biggest winner in the online gambling industry, alongside the virtual sports betting boom that followed right in its footsteps.

Nowadays, though, there’s plenty of confusion surfacing with some people failing to understand the difference between virtual and esports betting. That’s basically what this whole piece is going to be about! Virtual vs. esports betting; their key characteristics, interesting facts, and betting options.

Let’s make one thing clear right off the bat – virtual and esports betting are not the same thing. It’s a common belief nowadays, that these two branches of the online betting industry are one thing. People seem to identify one with the other; needless to say, that’s incorrect!

The Story Behind Esports

The esports industry dates back a decade ago. It represents competitive video gaming. Yep, we’re talking about video game competitions here; people are betting on other people (so-called esports athletes) playing video games. I know it might sound absurd at first, but esports is one of the fastest-growing industries in the world…

And it shows no signs of stopping.

The wave of liberalization of esports betting ought to push the industry’s numbers even further. Mind you though, we’re talking about an industry that was already massive even before the pandemic hit; lockdown measures were only there to increase its popularity and bring more public exposure.

The Story Behind Virtual Sports

Virtual sports are not video games. Well, technically they are made to resemble video games, but they’re actually fully controlled by AI. Without going into too many details here, let’s just say virtual sports are basically RNGs encapsulated into a sports-like package.

We’re talking about numerous sports here, ranging from everyone’s favorite virtual soccer, basketball, and hockey, all the way to virtual horse tracks and many more.

Remember, these are not people playing video games; it’s all run by AI. The AI decides who wins and who loses… but it’s not that random, though. Newer iterations of virtual esports go the extra depth in terms of various stats. You are free to experiment with more complex stuff here, though you must keep in mind that it’s all RNG at the end of the day!

What about virtual vs. esports betting, and when are we going to talk about their differences?

Well, we’ve already covered the main difference between the two terms. Now, we’re going into more details regarding each of their betting spheres!

The Irresistible Charm of Virtual Sports

Yep – betting on virtual sports is just too damn convenient. No matter where you are, no matter if it’s 4 in the afternoon or 4 past midnight – virtual sports have you covered. You can explore vast computer-generated stats, leagues, and entire sports divisions. The variety of league sand sports at offer, the complexity of the stats system as well as the gameplay mechanisms… everything is on a remarkably high level, and it shows!

A part of that is because there’s absolutely no human interaction inside the closed-off AI ecosystem that is a virtual league. Other than the programming and software updates, that is. It’s in no way similar to esports which features professional athletes playing video games.

Once again, virtual sports are exactly that – virtual, sports! Nothing more and nothing less. It’s basically an AI running its little sports world and you’re nothing more than an external figure investing money in potential outcomes.

There’s no such thing as the biggest events in virtual sports. Every bookmaker has a bunch of sports/events you can bet on at any time in the day. Virtual leagues run constantly, you’ll never have to worry about missing big events, which is often the case for esports betting enthusiasts.

Moving on with our virtual vs. esports betting saga, let’s talk about the other side of the story – betting on esports! What’s so appealing in betting on people playing video games for a living? I mean, it does sound pretty weird at first… and at second… and you’ll probably never get it if you’re not a gamer or you’re above 40.

But, hear me out here – not only was the idea of watching people play video games a subject of mockery at first, the idea of people betting on people playing video games was even crazier. But, here we are – both esports and esports betting are now recognized as one of the fastest-growing industries out there with millions of people accepting them as their favorite pastime all across the globe!

What are the biggest esports titles you can bet on?

Well, the big trio leads the charge – League of Legends, Dota 2, and CSGO. These are the three most popular esports franchises on the planet, each with healthy viewership numbers and vibrant communities.

However, plenty of tough competitors are trying their best to climb to the top of the esports food chain. Games like Valorant, Rocket League, Overwatch, Rainbow Six, and Call of Duty are all very popular and have hundreds of thousands of viewers during its biggest events.

And, believe it or not, all these titles are merely the tip of the esports iceberg! If you’re not a gamer, you probably can’t believe or won’t accept the fact that the esports industry isn’t just a temporary trend. It’s here to stay; it’s here for good!

We’re not done with our virtual vs. esports betting show just yet! We still haven’t talked about the biggest esports events you can bet on. Here goes nothing: 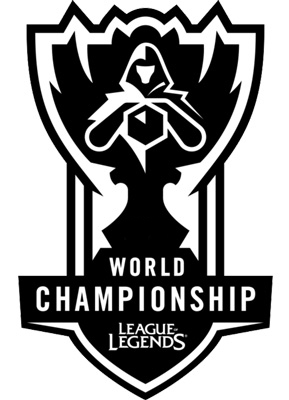 Let’s start off with the League of Legends World Championship, more commonly known as LoL Worlds.

It’s one of the longest-lasting esports competitions out there, dating all the way back to 2011 (just like Dota 2’s The Internationals), and the most popular one across the globe. LoL Worlds represents the pinnacle of every competitive season of League of Legends.

The season consists of multiple regional championships; the Worlds is the biggest event out of the bunch, one that features the best teams from all of the game’s competitive regions. It’s a proper festival of esports, watched by millions of electric fans all across the globe!

The pinnacle of each competitive Dota 2 season, the so-called Dota Pro Circuit (AKA DPC) is called The International. Even if you don’t know a thing about esports, you must’ve heard about this event at least once. How come?

Well, it’s the record-breaking esports event as far as the prize pool money is involved. It’s difficult to believe, I know, but the last The International featured roughly $35 million in prize money. Yep, there’s plenty of money in the esports industry, but I guess the same can be said about virtual sports industry too. 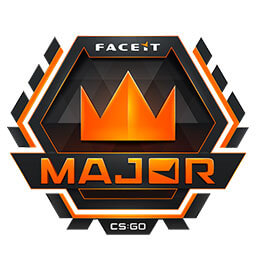 Last but not least – CSGO Major Championship. As the previous two events led you to think, Major Championship is the pinnacle of CSGO’s competitive season. Typically, CSGO Majors are biannual events. However, with the pandemic and all that, 2020 didn’t have a single Major and only one has been announced for 2021… although we have to note that it still hasn’t been officially scheduled and we have no concrete information yet.

Similar to virtual esports, betting options vary from title to title. Most are pretty stats-friendly, which is what bookies love to exploit to boost the variety of their coverage.

Believe it or not, live betting on esports matches is a thing!

The availability of live bets varies from bookie to bookie, but the biggest esports betting sites typically support it. With each passing year, the esports industry offers more and more betting opportunities, following in the footsteps of positive trends that show no signs of stagnation!

When talking about virtual vs. esports betting, we’re talking about two completely different, standalone markets. Both are as healthy as they come; both flourished (and still are) during the worldwide quarantine, and both are likely to have another great year!

What should you invest your money in – virtual or esports betting?

Well, it all depends on what sort of a bettor you are. If you’re passionate about video games, if you get a tingling sensation when you hear the words CSGO, LoL, Fnatic, or G2, then you’ll probably like what the esports betting show has to offer.