The time has come, folks, for another “Big Drama Show” as Gennady Golovkin likes to say. The first matchup between GGG and Saul Canelo Alvarez did not disappoint…well at least until the scorecards came out.

This is very sad because a bad decision is what most people remember about the fight. they don’t remember the ebbs and flows of 12 rounds of championship boxing.

With the track record of knockouts each fighter has, many were expecting the same. First mistake-expecting anything. We all do it, but is it really necessary? Does it help that much?

More often than not expectations lead to disappointment. I try not to have any but we are humans, they say.

Will the second fight be much like the first, the opposite, or will only the trained eye be able to spot the adjustments made by each fighter and their coach?

These two locked horns almost 1 year ago to the day in an excellent display of the sweet science that led us to a draw.

I went back and watched the fight again recently for maybe the 5th time overall. There is much to be learned from that boxing match from a technical perspective.

I’m going to break down the previous matchup and do my best to get you ready for Saturday night’s matchup from the T-Mobile Arena on the Las Vegas Strip.

I was just as shocked as anyone when the scorecards were announced. I’m not sure any of us really should have been considering boxing’s track record with controversial judging.

Adelaide Byrd scored it 118-110 for Alvarez…This is clearly way off the mark.

Joe Rogan likes to say “Nice lady” when he talks about the Nevada State Athletic Commision boxing and MMA judge. At first, I thought he was saying it because she was just a nice lady out there doing her best, but was essentially unqualified for her job.

Whether or not she is qualified should have been the question to ask before the fight, not after it. I believe that Canelo’s promoter and former world champion Oscar De La Hoya may have lined her pockets, and the fact that she is an older woman provides the perfect cover for her to score the fight as lopsided as she did.

Would we be assuming ignorance instead of foul play if her scorecard had come from a man?

It’s something to think about.  She had it 9 rounds to 3 for Alvarez, one judge had it a draw and one had it 7 rounds to 5 for Golovkin.

Here’s how I had it. Keep in mind, I have only had a couple boxing matches and have only judged MMA and Muay Thai fights.

Canelo took the first two rounds as his muscles were able to fire repeatedly without tire with sharp counter punches for the first 6 minutes.

GGG took control in rounds 3-5 walking his opponent down as he probed with his jab.

The 6th round wasn’t bad for Canelo, but at the end of almost every single round, we see Canelo going backward offering little to no offense and GGG walking him down.

From the 9th or 10th round on, Canelo picked up his output and won a couple of those rounds in my opinion.

Alvarez was efficient as he knew he had to be. His style is sprinting and GGG is an endurance fighter. Canelo had to hold back almost every round of the fight.

The end of the fight was great as the 12th round was the scrappiest of them all. Let’s hope these two pick up where they left off.

It’s only been a year since their first meeting. It feels like much longer to me, and I’m normally experiencing the opposite phenomenon.

I scored the last fight 8-4 for GGG, but several rounds were close and Canelo could have won 6 if you were giving him the benefit of the doubt the whole time.

Most people saw it like this and the betting lines are illustrating that.

Neither guy was as much as wobbled in the first fight, so maybe the over bet is the way to go. Then again, (-240) is expensive for two power punchers to go 36 minutes without a finish.

The only way I see a finish from either guy is if Canelo throws enough punches to make himself tired. It’s as simple as that. In the first fight, he never let himself get tired enough to where he couldn’t come back from it.

In a quality vs quantity debate, you could argue that the quality of Canelo’s combinations and defense was better than GGG. There just wasn’t enough of it.

One thing to note is that Canelo now knows the pace he can keep and the pressure from GGG can’t get much more constant than it was in the first meeting.

Alvarez came out blazing in 1 and 2 and won probably 3 out of the last 4 rounds. He was smart to save his energy, but I think he left some on the table.

Canelo will, no doubt, have to finish each round stronger than he did a year ago. At the 30 second mark of nearly every round, he started running and didn’t bother countering

I feel like GGG gave it everything he had because he wasn’t worried about getting tired. We know Alvarez held back because he was fresh in the last few rounds to throw down.

I think Saul surprises some people in the rematch. He out-punched GGG in their first fight. GGG had the more effective footwork, aggression, and ring control for sure but Canelo will be even more prepared for the pace of Golovkin. 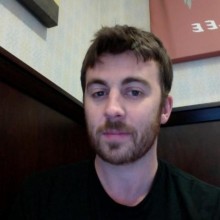