The 16-5 Shockers and 25-4 Bulldogs are facing off in the First Four of the NCAA Tournament on Thursday night with the right to advance on to a matchup with No. 6 seed USC on the line in Mackey Arena. Wichita State lost to Cincinnati in the American Athletic Conference semifinals on Saturday, but ultimately was able to hear its name called Sunday afternoon. Drake lost to Loyola Chicago on Sunday in the Missouri Valley conference championship game, marking the second time that the Ramblers took down the Bulldogs this year.

While Drake had four losses all season, a weak non-conference schedule left them on the bubble but nonetheless with enough accomplished to earn a chance to play in the First Four.

Guard Tyson Etienne leads the way with 17 points per game this season for the Shockers. He finished the season recording double figures in eight of his last nine games. Wichita State also comes into this contest relatively healthy, which is not the case for Drake. The Bulldogs have gone through some serious adversity this season.

Guard Roman Penn, who had been averaging 11.5 points and 5.5 assists, was ruled out for the rest of the season on Feb. 22 after suffering a left foot injury that will require surgery. On paper, ShanQuan Hemphill is the team’s leading scorer with 14.1 points per game, but he has not played since Feb. 10 because of a broken foot.

Please Note:
Hemphill is listed as probable for Thursday night, but even assuming he plays, no one knows how much the long layoff will hamper his effectiveness immediately upon his return.

Drake is going to try and win this game through efficient offense. Despite all the difficulties presented by the injuries to two of the team’s key players, the Bulldogs still boast the 11th-lowest turnover rate in the entire country and that has been key to their success.

Drake was the most profitable team in the country against the spread by far this season, with a record of 20-6-1 against the spread. Wichita State has covered in only three of its past 10 games and benefited from a 10-1 record in games decided by six points or less in the regular season. That record would be much more impressive if they did not play in the weakest of all major conferences.

Honestly, the Shockers were unable to put away bad teams all year and were fortunate to get into the tournament. This line looks right if Hemphill was not playing, but assuming the Bulldogs are getting their best player back at anything over 75 percent capacity, they should have no problem covering the short spread and earning a crack at the No. 6 seed Trojans. 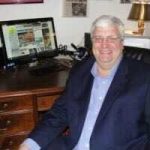