Real money esports betting has been on the rise thus far in 2021. Some part of that is because a lot of major sports had to postpone their seasons, and another part is because of the sheer popularity explosion of esports. And you know what they say, if there’s a competition, there will be people who’ll want to bet on it… Such a state of affairs shouldn’t be surprising. Dota 2 Majors betting options are among the most popular esports betting opportunities out there, second only to the likes of LoL and CS:GO betting.

Dota 2 betting online is not only entertaining but can also lead to a ton of potential profit. The industry as well as its competitive scene are still developing, which means bookies have a tougher time with risk assessment. That’s precisely what esports betting enthusiasts are counting on. As long as the scene remains fresh and fast-developing, betting enthusiasts will be one step ahead of the bookies!

But, in addition to numerous esports betting enthusiasts out there, there’s also a whole bunch of beginners trying to find their way into the hobby. Even though betting on the Dota 2 Majors isn’t all that complicated, it can seem so to people with no experience in online betting.

If you’re among them, here’s the first tip: Choose your go-to esports bookmaker carefully! For example, if you don’t know where to find a good Dota 2 Majors betting platform, a good place to learn more is the following section.

Best Sites for Betting on Dota 2 Majors in 2022

When you Google a term like best sites for betting on Dota 2, you’ll be greeted with a handful of paid Google ads. Typically, those aren’t the highest-quality bookies you can find out there, so you’ll want to avoid them at all costs!
For a truly ideal online betting experience, you’ll want to go with one of the following platforms.

You don’t trust us? Good, that means you’re thinking with your own head! With that said, feel free to check out online reviews and gather as much info on these Dota 2 Majors betting sites as you can. That way, you’ll understand why we went with these particular bookies and what makes them so darn good in the first place!

What Makes These the Best Sites for Dota 2 Majors Betting?

For those of you who can’t be bothered to waste too much time doing esports betting research, here’s a quick look into the key characteristics that make the best bookies for Dota 2 Majors betting online.

As previously mentioned, plenty of Dota 2 bettors are actually just starting out. Many of them have no prior experience with online sports betting, so the learning curve seems pretty steep. The same trend is happening across the other industries, and it’s not surprising to see. The majority of esports fans don’t have an affinity towards conventional sports and online betting. 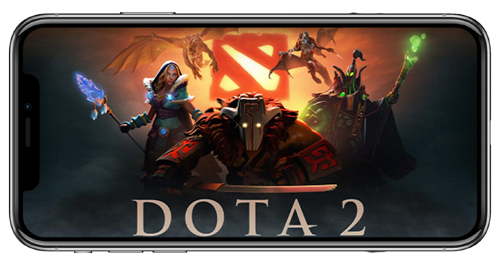 If you’re interested in Dota 2 Majors betting options, chances are high that you’ll want to be able to place your wagers from anywhere. Real money Dota 2 betting enthusiasts love betting on the fly. The same story goes for most other esports betting titles, too, which is probably why esports bookmakers go out of their way to ensure their mobile platforms run as smoothly as possible.

Those that don’t offer responsive mobile sites go the extra mile with dedicated smartphone apps. These apps and smartphone-friendly sites offer the same full functionalities as their desktop counterparts. This means you should be able to do everything on them, from depositing to placing bets and even withdrawing your winnings. So, if you think you’ll use your smartphone for most of your betting endeavors, then the above-featured bookies ought to be right up your alley.

Next up, the profit margins. Even in this day and age, some people don’t know what profit margins represent. Well, here’s the quickest explanation that doesn’t involve any math: The lower the profit margins are, the higher the overall odds will be. Higher Dota 2 Majors odds equal higher returns and more profit. Think of the profit margin as the bookie’s cut. The lower, the better! That’s the golden rule here.

Last but not least, let’s talk variety! Every bookmaker needs to have a healthy variety of esports betting options. If you’re only interested in Dota 2 Majors betting, then make sure you investigate the situation before putting a ring on a bookie.

When talking about variety, we’re not just referring to event coverage but specials and live betting opportunities, too. Esports markets are as diverse as they come, especially Dota 2, which is known for the sheer quantity of stats that make up its specials.

Dota 2 Majors are sort of like a championship series in Dota 2, dating all the way back to 2015. They were the key part of Valve’s esports vision; the key factor that helped them revitalize Dota 2’s esports scene. And, looking back at that decision, it’s safe to say it yielded exceptional results. Dota 2 Majors betting popularity is off the charts, just like everything else surrounding the biggest Dota 2 Pro Circuit events out there.

That’s quite the prize pool, huh? However, if we compare all Dota 2 Majors to last year’s The International, we’ll realize that single event had the same prize pool as all Majors combined.

If you’re interested in Dota 2 Majors betting online, you should know that the competition had a total of eight winners across 21 events. Yep, only eight winners. They are as follows:

Titles-wise, Team Secret and Virtus.pro are, quite obviously, the most successful Dota 2 Majors’ teams. But if we’re counting runner-up spots, then Virtus.pro is the winner, considering they have four against Secret’s three runner-up placements. When it comes to the unluckiest team, Liquid takes that unflattering title with six losses in the grand finals.

So, yeah, if you’re thinking of betting on Dota 2 Majors online, it might be a good idea to bet against Team Liquid if they’re playing in a grand finals contest.

Getting into a new hobby is never easy! Even though Dota 2 Majors betting options might seem straightforward at first, if you’re serious about pursuing it as a hobby, you’re in for a far more complex ride… But that’s if you’d like to be in the green at the end of each month.

Don’t forget to do some pre-bet research before you decide to bet real money on the Dota 2 Majors. Without research, you’ll base your bets on hunches and luck, and that’s a big no-no in the world of online betting!

For more information on how to start betting on Dota 2 matches, please refer to our detailed Dota 2 betting guide!

Dota 2 is a multiplayer online battle arena (MOBA) game. Games that belong in the MOBA genre typically have numerous quantifiable stats. These stats create plenty of opportunities for betting on Dota 2 online, which is probably why betting sites go out of their way to feature them on their platforms.

In terms of actual special Dota 2 Majors betting options, here are the most common wagers.

Use attribute "a" for answer.
Getting your personal information compromised is one of the worst things that can happen to you online, especially if you’re already sticking to a budget just to get by. So, what can you do to prevent that from happening? Should you avoid betting on Dota 2 Majors or avoid betting online completely?

Well, that would be taking things to the extremes. It’s enough to just ensure you’re using strong, unique passwords and emails that haven’t been pwned yet. Additionally, make sure you’re using reputable Dota 2 Majors betting sites that won’t just sell your personal information to third parties behind your back. Never settle with an anonymous bookmaker, and always stick with those that have a rich history on the esports (or at least sports) betting scene.

Dota 2 Majors are the biggest events in Dota 2’s pro circuit. However, as far as the entirety of Dota 2’s competitive ecosystem is concerned, Majors aren’t the biggest events. That flattering title belongs to an event you must’ve heard about by now—The International. It’s not just the biggest Dota 2 event, but the biggest and most lucrative esports competition. The Internationals are definitely worth betting on, that’s for sure!
Yes, too much Dota 2 Majors betting for real money (or any other esports event, for that matter) can lead to gambling addiction. We’re not trying to scare you away here; we’re just stating the obvious. But as long as you take things in moderation and don’t gamble away too much money, you should be fine!
Well, let’s put it this way, if it’s not entertaining, it wouldn’t have such a massive esports betting scene now, would it? In addition to typical match winner bets, Dota 2 Majors betting sites also feature a whole heap of interesting specials and live bets that further spice things up for your average bettor.

Plus, Dota 2 matches themselves are entertaining enough on their own… Dota 2 betting is merely the icing on the cake for something that’s already an entertaining pastime. The real question is, are you willing to invest a bit of money just to spice up the entertainment factor?