Hey everybody I’m back for the Arnold Palmer Invitational. Last week, I didn’t hit a winner for the first time in four weeks but I’m not Nostradamus, Dumbledore or any other magical person capable of telling the future so my bad. Stenson struggled on the weekend and finished in 7th place. Woodland and Haas both made the cut, but finished a disappointing 41st and 58th place. Charley Hoffman was my long shot of the week at 80-1 and he did absolutely nothing and missed the cut. Hopefully you guys got on Hadwin at 100-1 because a lot of people saw that coming and hit big. Solid win for Hadwin and he certainly is capable of doing it again this season so keep him on your radar. Let’s put the Valspar behind us and get to the king’s tournament: The Arnold Palmer Invitational.

Odds for the Arnold Palmer Invitational:

The Arnold Palmer Invitational will be played at in Orlando, Florida at Bay Hill as it has every year since 1979. Bay Hill is par 72 course that is 7,419 yards long. It has a typical set up with four par 3’s and four par 5’s. The par 3’s are quite long with all of them being over 200 yards and the par 5’s are where players will gain their strokes this week. Also this course tends to have most of it’s approaches from at least 175 yards so looking for players that are strong with their long irons and proximity from 175+ would be ideal. Driving accuracy usually hasn’t been a big deal here, but after seeing some of the videos that have been posted by tour players about how thick the rough is, I’m starting to take that into account ever so slightly. Still looking for players with solid numbers in the strokes gained categories and players that have fared well here in the past. Let’s get to the betting picks for the Arnold Palmer Invitational. If you want more information on the course and Draftking’s plays, check out Alex and Geoff’s articles.

Henrik Stenson (11-1): Henrik struggled down the stretch last week, but he still had a solid outing finishing in 7th place. Rory is going to be a popular pick and he certainly could win this week as well, but Henrik’s course history is stellar and I think he gets it done this week. In his last six starts (not including the Mexico Championship when he withdrew with sickness) he has finished inside the top 9 every single time. His recent form is fantastic and his course history is equally as impressive. Stenson has played here every year since 2010 and hasn’t missed a cut during that time frame. His recent results here are spectacular with a 3rd, 2nd, 5th and 8th the past four years. He’s gotten so close the last few months and he gets it done this week for his first win of 2017.

Kevin Na (60-1): Kevin Na has extremely good course history here. He has played here six times since 2009 and hasn’t missed a cut. His worst start is a 30th place finish and his best includes a 2nd, 4th and 6th place finish. He obviously plays well here and his current form is solid right now as well. Although he missed the cut last week, he’s still made 10 of his last 12 including a runner up finish a few weeks ago at the Genesis Open. Na is inside the top 25 on Tour right now in strokes gain: approach and  around the green. Both vital statistics this week as it’s not that easy of a course to score on.  He has 1 career victory back in 2011, but with so many high finishes this week, he might be able to get his second.

Wesley Bryan (45-1): Wesley Bryan is one of the hottest players on Tour right now with three straight finishes inside the top 7. Everybody knows it, but I still like the value at 45-1. The Web.com Tour stud from last year is playing up to lofty expectations and then some and I won’t be shocked when he wins a tournament this season. He’s a player that gets it done after the tee shot, ranking inside the top 30 in strokes gained: approach and around the green. He’s also one of the best putters on tour which can be the great equalizer for someone who ranks near the bottom in total driving. He is inside the top 30 in several putting statistics, which shouldn’t surprise anyone. He doesn’t have any course history which can certainly be scary, but he’s someone who knows how to win as he showed three times last season on the Web.com Tour.

Keegan Bradley (100-1): As difficult as that was to type, Keegan might actually be a decent play this week and at 100-1 I definitely don’t mind it. Even though he spells his name incorrectly, Keegan is still one of the better ball strikers on the tour as he’s ranked 8th in total driving, 13th in ball striking, 39th in strokes gained: tee to green, and 25th in GIR%. He comes in with decent form making 8 of 11 cuts this season. He has five top 25’s during that span as well with a fourth place finish in January. What really draws me to him this week is the course history. In the last four years he’s finished 36th, 49th, 2nd and 3rd. I realize those two high finishes were when he was playing much better, but he still has solid history here. The problem has always been the putting and scrambling. If he can figure it out for just one week he might get his first victory since 2012. 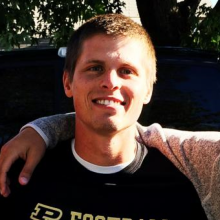