The Tour heads back to Florida this week as we get into the final stretch before the Masters. The field at this event usually gets watered down after the WGC event and this year is no different. Henrik Stenson is here after WD’ing due to a stomach virus and so is Justin Thomas, but after that the field is markedly thinner than what we’ve seen since the start of the year. The Valspar Championship is played on the Copperhead Course at Innisbrook Golf Resort and is always touted as one of the top ten courses on tour. The course features five par 3’s, four par 5’s and a lot of long dog-legged par 4’s which force players into hitting some challenging approach shots. The winning score was only -7 here last year making bogey avoidance one of the key stats to focus on for the week.

Return to Florida/Bermuda Greens: a big story last week was the greens which were extremely fast, bumpy and hard to read. This week though we are returning to a surface more pros will be comfortable on as Copperhead has new Tif Bermuda greens, which were installed before last years tourney. Don’t be scared if you saw a player play/putt poorly last week in Mexico as the greens alone could be to blame (looking at you Byeong Hun An).

Course Layout: This is somewhat of a unique course in that it plays as more of an accuracy style layout but also features a lot of long approaches and par 3’s. A lot of different styles of golfers have done well at this event over the past few years including incredible ball strikers like Charl Schwartzel and Graham DeLaet, as well as shorter hitters with incredible short games—a la Luke Donald and Jordan Spieth. This isn’t a week to shoot down one style of player (in my opinion) over another and I’d rather emphasize recent form/performance and course history over any type of supposed “fit” for this course.

Henrik Stenson ($11,700): This one is simple, don’t hold grudges. Stenson hits more fairways than almost anyone and is great at positioning himself off the tee which is very important at Copperhead. This is the third year in a row he’s played here now and the Swede would not be doing so if he didn’t think it presented him with a great opportunity for a W. The WD from last week sucked but it was only a stomach virus, anything less than a top ten from him here would shock me.

Charles Howell ($9,400): Has literally had one bad round in 2017. Better course form and recent form than almost anyone priced above him. I don’t normally love paying over 9k for players who don’t have much win equity, but in a field this slim I think Howell makes sense. Has improved at this course each of the past three years and obviously was not effected by the course changes last season as he finished T5.

Graham DeLaet ($8,400): Like Howell, DeLaet’s form is hard to match right now and even though there are players with better lifetime records and achievements than him at the same or lessor prices I’d still want him on my side here. 17-8-5 here over his last three visits and coming in off the back of three top 20’s, he’s showing the form that made him a near weekly play back in early 2014.

Billy Horschel ($7,900): Will likely be a popular pick this week but showed very well at PGA National two weeks ago and as a Florida native should be comfortable with conditions and greens this week as well. 31st in SG: Tee to Green and 1st in GIR is nothing to sniff at either and he fits the profile of players like DeLaet and Howell who have had a ton of success here over the past few years.

Jason Dufner ($7,900): Dufner might be the player you simply lock and load in all of your cash game lineups this week. Eight for eight in cuts made here since 2009 with no finishes of worse than 28th at this course either. Dufner is great at finding fairways and better with his mid-long irons than most so this isn’t a huge shock. Also has finished 14th and 23rd in his last two starts making him even more attractive, don’t overthink it.

Russell Henley ($7,800): He’s in a popular price range so makes for more of a gpp/tournament pick but Henley deserves to be rostered this week. He’s 6th in bogey avoidance on the year and also has improved stats in almost every major category. Take away his missed cut at the Career Builder and he has only shot over par once in twelve rounds of play. Likes playing in Florida and putts well on Bermuda greens, I won’t be shocked if he’s in the mix for the win on Sunday.

Ollie Schienderjans ($7,100): Schienderjans has passed every test thrown at him this year and comes in off the back of six straight made cuts in 2017. He has experience playing this course as a junior and showed well at another tough par 71 a few weeks back at Riviera. Like the other young guns who’ve come on the scene over the past couple of years, he’ll get his win eventually too, and this weaker field definitely presents some opportunity.

Nick Watney ($7,100): Former top ten player in the world who looks all the way back from a serious injury to his back. 14-28-14 over his last three weeks to start 2017, and in nine visits has never missed a cut at Copperhead. Also has a 4th place finish from back in 2010 as well. Showing some of the form that made him a player many thought was a shoe in to win a major one day. Great low-owned gpp play.

Cameron Smith ($6,600): Placed 42nd here last year but has been in much better form since the start of 2017. Good par three scoring stats and a player who seemingly does a lot of things well. More of a gpp play this week but has the talent to make a big showing at this course.

Other: Cameron Tringale (three finishes of 25th or better here in six starts)

Byeong Hun-An ($7,400): An really struggled last week but if you look at the stats you’ll see it was mostly due to his putter—he finished 74th in SG: Putting out of a field of 75. This week though the greens are Bermuda Tif, and should be very similar in roll to what he saw in Phoenix, where he finished 15th for the week in putting. Big bounce back here won’t shock me, expecting a win from him at some point in 2017.

Charley Hoffman ($7,400): Hoffman is one of my favorite plays this week for gpps as there will undoubtedly be a lot of people who flock to Wesley Bryan at this range. Hoffman finished T4 his last time out and has an impressive record at this event with five of six cuts made since 2011 and a strong 11th place showing here last year on the new greens. Fully capable of a top five or bottom five finish whenever he tees it up, but his form is trending in the positive direction at the moment.

Robert Garrigus ($6,800): Garrigus has a nice record at this event as he’s four for five in made cuts here since 2011, but has finishes of 4th and 2nd to his credit since that time. Like Byeong Hun An who also made this list, his approach game is second to almost no one and the switch to a more friendly venue should help him get over a missed cut at the Honda—price and upside make him the perfect gpp pick on DraftKings for under 7k.

Bryson DeChambeau ($6,400): Complete wildcard, but outside of issues with his putting (which he’s had two weeks to correct) his tee to green game has not been that bad. DeChambeau has also played Copperhead as an amateur and had success here in the past. At some point he will get on track and merits some consideration for gpps at the bare minimum price this week.

Other: Chris Kirk (four wins to his credit and decent form, gives him plenty of upside), Bud Cauley 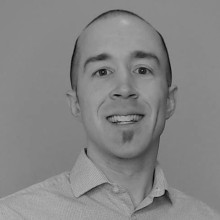