The slate’s higher-priced QBs – Kyler Murray at $10,300 and Dwayne Haskins at $9,200, for example – certainly appear to be lock and load plays. Those two gunslingers and others can put up a boatload of points in a hurry, and they can definitely be worth a roster spot from a value perspective as a result. However, there is some intriguing value to be found further down the salary scale. Memphis QB Brady White is one of those players.

The game versus UCF is for the American Athletic Conference championship, and it serves as a rematch of a regular season meeting between the two teams, which UCF escaped with a one-point win to keep its lengthy winning streak alive. As the 3-point spread indicates, this one could legitimately go either way. Memphis brings a productive offense to the table for a game with a projected total of 64.5 points, and White could provide some tremendous value at a low price point as a result.

Bryce Love had himself a stellar junior season in 2017, and he entered this campaign on the Heisman Trophy watchlist. His NFL draft stock was through the roof to boot, as he was being bandied about as a potential high pick in 2019. This year hasn’t gone along swimmingly for Love. An injury-riddled campaign and a poor performance from his squad has done a number on his draft standing.

Love’s disappointing season sees him bring a low average of just 14.8 points per contest to the table, but much of that is due to a reduced workload in several games while he was on the mend. He saw a full allotment of carries last week versus UCLA and delivered a line of 22/85/1, good enough for 18.2 points. Signs point to him being a workhorse once again this week versus Cal, and we’ll look for Love to end the year on a high note with a big eye towards his future.

Quite simply, we’re going to want some exposure to the game between the Sooners and Longhorns. It has the highest projected total of the slate at 77.5 points, and the Big 12 as a whole seems to be allergic to defense in recent times. Points will be in the forecast at AT&T Stadium in Arlington, the site of what should be a good old fashioned shootout for the conference crown.

If the projected game script comes to pass, then Keaontay Ingram may very well be criminally underpriced. He had a down week last time out versus Kansas, but his talent didn’t magically disappear overnight. We fully expect him to be big part of the game plan as the Longhorns shoot for what would be a surprising Big 12 title, and we’ll gladly take a chance on what looks to be a pricing inefficiency.

Interest will undoubtedly be high for the Big 12 title tilt for DFS purposes, and we can say the same about standout Oklahoma wideout Marquise Brown, who enters this contest off of a 50.2-point performance in last week’s shootout win over West Virginia. For exposure to the Sooners passing attack at a potentially lower ownership percentage, we can zag over to his tag-team partner, CeeDee Lamb.

Lamb is averaging 16.9 points on the year, but he has surpassed the 20-point threshold four times. He has had a few down weeks in a row, but we’re expecting the Longhorns to do all that they can to slow Brown down. That will naturally open up even more opportunity for Lamb, who has the skills to deliver a solid output if that comes to fruition.

The Crimson Tide offense has been a juggernaut this season, and talented sophomore wide receiver Jerry Jeudy has been a big reason for that. On the season, Jeudy has hauled in 56 balls for 1,079 yards and 11 scores, which is good enough for an average of 20.1 fantasy points per game. He has eclipsed that number six times to boot, but he has had a few down weeks in a row.

Part of that is because Alabama simply hasn’t needed to do all that much to pound opponents into submission. Hence, the dogs are being called off early in the game, and Jeudy has seen less opportunity as a result. That won’t be an issue this week, as the Crimson Tide will be going all in to secure the SEC crown and cement their top ranking in the College Football Playoff poll.

Entering last week’s home game versus Michigan, Ohio State was a 4.5-point underdog. The Buckeyes had looked out of sync for much of the year, while the Wolverines resembled one of the top teams in the nation. While the game line made sense made sense entering the contest, it proved to be wildly off the mark when all was said and done.

Ohio State took its rival to the woodshed to the tune of 62-39, a drubbing that could’ve been much worse if they hadn’t taken a knee at the end. Parris Campbell exploded for 192 yards, two scores, and 40.2 fantasy points. While we can’t promise a similar eruption this week, the Buckeyes offense looks to have awaken from its slumber. Campbell fits in nicely at wide receiver for our lineups.

Last week, UCF QB McKenzie Milton suffered a devastating leg injury versus USF. He’s done for the year and faces a lengthy recovery, a huge blow for him and the Knights team as a whole. The program is in the midst of a 24-game winning streak and shooting for another AAC crown. They can still pull it out against Memphis without Milton, but it’s naturally going to be that much harder.

Freshman Darriel Mack Jr. will now have the keys to the offense. A new signal caller at the helm points to UCF leaning on the running game a bit heavier than normal. Sophomore RB Greg McRae has proven he’s more than up to the task of carrying the load throughout the season. Last week, he dropped a line of 16/181/3 on UCF, which translated into 39.1 fantasy points. He’s affordable and in line for a usage bump, so McRae is definitely worthy of consideration for your lineups.

We have been able to put together a balanced lineup with a number of players who look to be in excellent spots, but we’re going to have to balance that out with a low-priced value play to fit everyone in. Enter Northwestern QB Clayton Thorson, who checks in at a bargain price of $4.9k. Naturally, there’s some risk to factor into the equation, especially when we consider how solid the opposing Ohio State Buckeyes looked last week.

We’re not expecting Thorson to deliver a lights out performance by any means, but he’s a solid signal caller who can produce when the game is put in his hands. Ohio State’s offense looked pretty potent last week. If that carries over to this contest, the Wildcats will be left with no choice but to attempt to keep pace. Thorson presents a good value opportunity, albeit one that comes with a sizable amount of risk.

Thanks for reading. We hope we’ve helped you narrow down your list of targets for this week’s featured slate of College Football DFS on DraftKings. Enjoy the games this weekend and best of luck with your lineups! 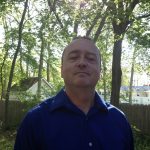