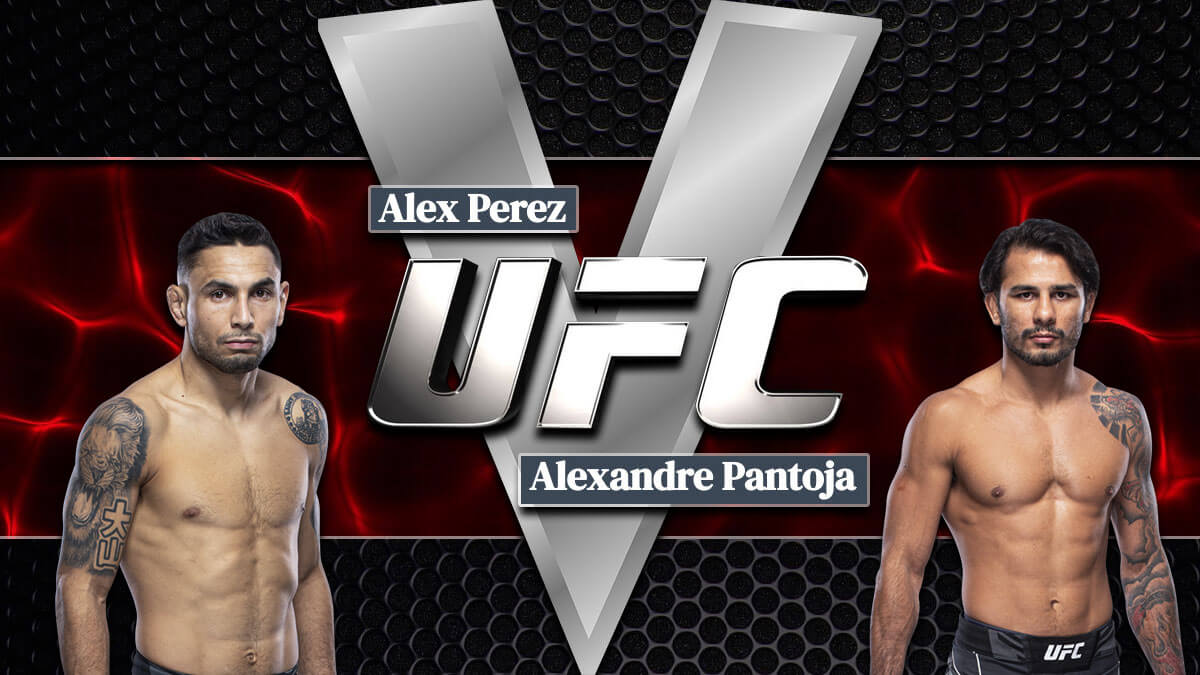 Alexandre Pantoja has opened as the sizable betting favorite against Alex Perez in a battle of Top 6 flyweights at UFC 277.

According to the top UFC betting sites, Pantoja is the -275 favorite and Perez the +235 bottom dog:

The two top-rated flyweights are scheduled to meet on the main card of the July 30 event that will feature the rematch between Julianna Pena and Amanda Nunes for the UFC women’s bantamweight title.

Pantoja has won three out of his last four bouts, including his previous two. In his most recent Octagon appearance, the 4th ranked flyweight contender in the UFC submitted Brandon Royval in a Performance of the Night winning effort at UFC Vegas 34 last August 21, 2021. Pantoja called for a title shot after the bout but instead, he drew Perez, as the UFC opted to go with Figueiredo vs Moreno in three consecutive title fights.

The 32-year-old from Rio de Janeiro, Brazil is a former Resurrection Fighting Alliance flyweight champion and AXS TV Fights flyweight champion. Pantoja joined the UFC in 2017 and has an 8-3 record under the promotion. Overall, the “Cannibal” has a record of 24-5 with 8 knockouts and 9 submission victories.

Pantoja has opened as the betting favorite in all but one of his previous UFC bouts. The only time he opened with the plus money sign written next to his name was when he hit the betting boards at +130 during his 2018 bout against Brandon Moreno. That bout, however, closed as a pick’em fight and Pantoja has not closed as the underdog in his entire UFC career.

Perez has not fought since losing to Deiveson Figueiredo in a title challenge at UFC 255 back in November 2020. In that bout, Figueiredo submitted Perez in less than two minutes to successfully defend the UFC flyweight belt for the first time. Since that bout, Perez was booked against Matt Schnell and Askar Askarov but both bouts did not push through.

The 30-year-old from Hanford, California is the no. 6 ranked flyweight contender in the UFC. Perez is a former Tachi Palace Fights flyweight champion. He joined the UFC in 2017 after submitting Kevin Gray at the Contender Series. Perez is 6-2 in the UFC with his losses coming against Figueiredo and Joseph Benavidez. Overall, he is 24-6 with five knockouts and seven submission wins.

This marks only the third time in his UFC career that Perez has opened as the betting underdog. Perez hit the betting boards at +155 odds when he was knocked out by Benavidez and he was also the +180 betting underdog during his unsuccessful attempt to win the belt against Figueiredo.