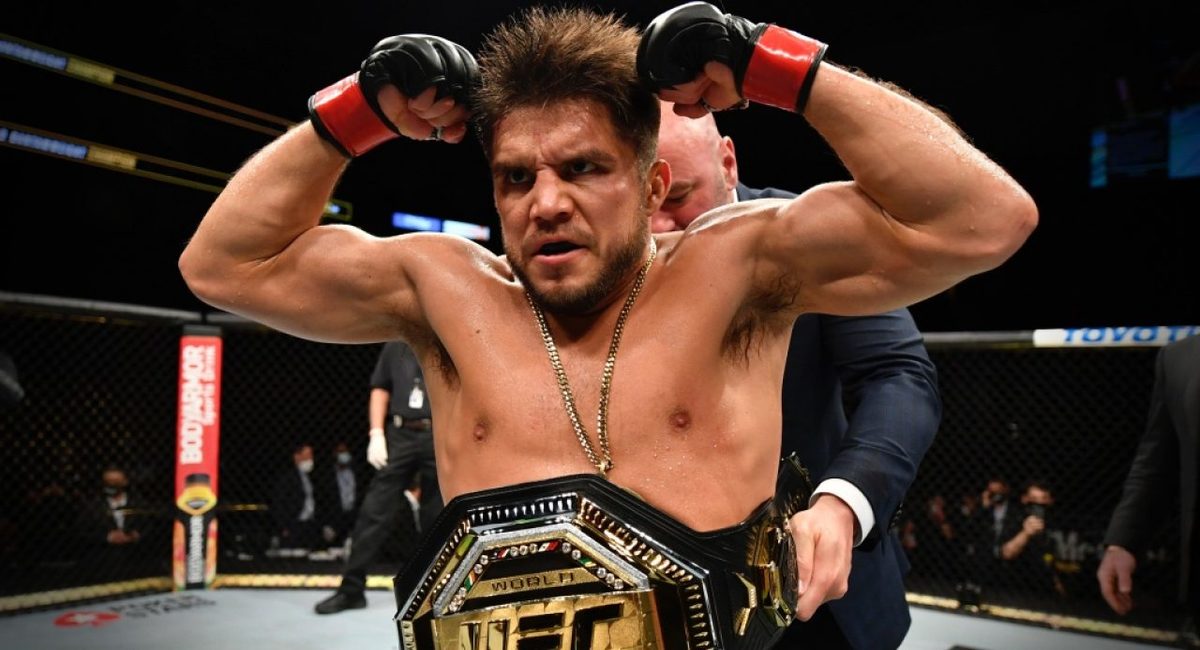 Could Triple C be next in line for the UFC bantamweight title? Featherweight belt? Or the UFC Flyweight championship?

Retired double-champion Henry Cejudo re-entered the UFC’s USADA Drug Testing pool in April and could be eligible to return to action in October or November.

Per the UFC’s anti-doping policy, fighters re-entering the pool are typically tested for six months before being eligible to compete. pic.twitter.com/L0X1UXBRaD

With Cejudo seemingly serious in his comeback bid, the top MMA sportsbooks have weighed in on his possible opponent.

According to online sportsbook Bovada, UFC bantamweight champion Aljamain Sterling and former champion T.J. Dillashaw are the odds-on favorite to be Cejudo’s comeback opponent at +325 odds apiece. Having both Aljo and Dillashaw as co-favorites isn’t a surprise. The two are scheduled to fight for the bantamweight title at UFC 280 on October 22 in Abu Dhabi.

If Bovada is correct, then Cejudo will be fighting to reclaim the UFC bantamweight belt. That also would not be a surprise since Cejudo never lost the belt in the first place. It can be recalled that Triple C vacated that title after announcing his retirement during his post-fight Octagon interview at UFC 249. Petr Yan defeated Jose Aldo to win the belt at UFC 251 only to lose it to Sterling in his next bout. Sterling defeated Yan in a rematch last April.

Like Cejudo, Dillashaw never lost the bantamweight belt inside the cage. He was stripped of the title after failing a drug test. Dillashaw returned from a two-year suspension to beat Cory Sandhagen and was given the next crack at Sterling after the latter settled his business with Yan.

They included the Volkanovski/Cejudo backstage interaction to the Thrill & Agony Sneak Peek. pic.twitter.com/rEHUmN3GnI

The second-shortest odds at Bovada belongs to Alexander Volkanovski, the reigning UFC featherweight king. It can be recalled that Cejudo confronted Volkanovski backstage after the latter defeated Max Holloway at UFC 276 just last July 2nd. During that confrontation, Cejudo told Volkanovksi that he wants to know ‘how far he can take it’, to which Volkanovski said ‘we’ll see if we can make it happen’.

As Volkanovski is the +450 favorite to become Cejudo’s next opponent, the same can be said otherwise. However, Cejudo is only fourth in the same oddsmaker’s list of next Volkanovski opponents, with the current featherweight champion favored to fight Charles Olivera (+200) or Islam Makhachev (+225) next. Oliveira and Makhachev will also fight at UFC 280 so we’ll probably get more clarity on Cejudo’s comeback opponent after UFC 280.