Oh, what a fun slate of soccer we had this past weekend!

We had another major upset, it looks like a new manager did Manchester United some good. and did you guys see that Chelsea-Leicester City game? Two heavyweights who gave us a slug fest!

It was such a fun weekend of soccer!

And the EPL is in the gift-giving mood handing us another great match between Southampton and West Ham United! Get out the festive eggnog, it’s time for more Premier League soccer!

The rankings may not say we’ll have an entertaining matchup in this one, but the numbers do. Both clubs are very similar on paper coming in, and No. 16 Southampton (3-6-9) (Form: 47%) is actually the favorite despite the worse record and statistics — interesting matchup.

On defense, the Irons have conceded 1.5 goals-per-match — that’s pretty bad. Relegation-battler Southampton are pretty depressing themselves, but aren’t far behind with a 1.8 tally. With that being said, I wouldn’t expect a defensive shut-down game in this one.

Especially when you consider the firepower from each club, it’s not like either one doesn’t have any. Saints’ Danny Ings leads both teams in scores with seven, placing him tied for 11th in the EPL. The Hammers counter Southampton with a talent of their own in Felipe Anderson, who has six goals this season — tied for 15th. A lot of starpower in this match.

When you mix along the numbers with the fact that they’re 4-2-4 in their last 10 meetings, you know this game is going to be a complete dogfight. I’ll side with the odds and take Southampton at home. 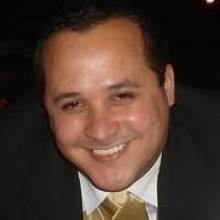