It is the world’s biggest sports and entertainment event, and in recent decades it has grown so big, casual sports fans may forget all the attention ultimately surrounds a 60-minute football game. 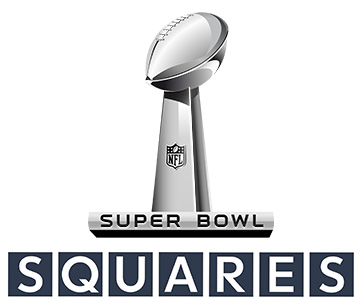 With so much commotion surrounding a singular event, spectators and fans have found ways to make Super Bowl Sunday even more interactive. Much of this has been accomplished through the realms of gambling, as betting the Super Bowl has in its own right become a kind of a science.

Yet, for those who aren’t burying their face in odds sheets or perusing through online betting markets, there is another way to get involved and make money in the process without having to wager the game in the traditional sense: Super Bowl squares.

Here, we break down what they are, how people play them, and their impact on Super Bowl Sunday as a whole.

What are Super Bowl Squares?

A staple of Super Bowl watch parties and social gatherings, Super Bowl squares is a pool-type game for groups of people to partake in. A simple game with a betting format, this appeals more to casual football fans and non-serious sports bettors.

Whoever in the group oversees the game creates the square itself. This square is then gridded into smaller squares to create a 10×10 layout. Those in the pool, which varies from families, work offices, or groups of close friends, will write their names into one or more of the 100 available boxes if they are interested in the what could be gained by winning. Regardless of the amount of people in the pool, all squares must be filled out for this to work in full effect, so the prices listed on them must vary in order to present a decent bargain. 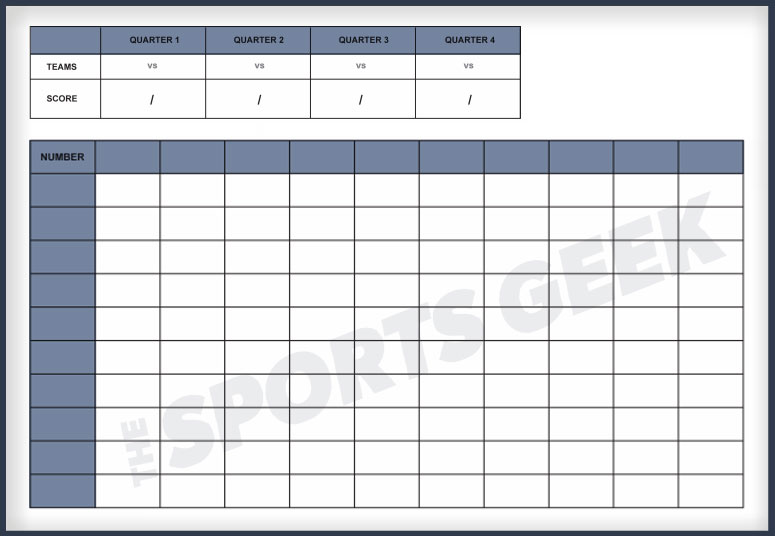 Outside of this grid, sit multiple squares, often colored gray, with numbers 0-9 assigned to them to label each row and column. One of the Super Bowl teams is inserted on the square’s horizontal axis, one for the vertical axis.

With this set up, the square is ready to go, and the rest will be determined by what unfolds in the actual contest on Sunday afternoon.

How Do You Play Super Bowl Squares?

The square is played as the group tracks the score of the Super Bowl at the end of each quarter. Whoever has the score in correspondence with the last posted number in each respective team’s score is the winner of that portion of the game.

This is simple and easy to track as everything has already been displayed on the square and the only thing that can determine the result is the flow and the style of the game itself.

However, that is just the participation side of it. The payout aspect of Super Bowl squares is where things get intriguing, as this is also usually determined beforehand.

How Do Super Bowl Squares Pay Out?

The person in charge of creating the square’s pool will assign a monetary value to each existing square on the grid.

The value is usually distributed among the squares equally. The person “purchasing” or writing their name in the square, will then have this price attached to their box with their name in it. Payout quantities will vary on the system established by the pool and can be structured for the prizes to go up with each passing quarter of football.

There are many ways to scale the rewards, but the common theme is to have the final score payout the largest amount of money.

While it is ideal to have all squares occupied with names, any unowned squares that have their score hit can have their payout rolled over into the next quarter of play.

The difference is the lack of an actual market. For this, pools are based on a collective group of people all agreeing to participate. A person within the pool creates the square, and the remaining members buy a part of it. Everything from this point onward is determined by the players on the field and controlled within the group.

Super Bowl squares hold no odds to gauge and no “juice” to determine value, completely nullifying the oddsmakers in the process and providing an alternative way to watch Super Bowl Sunday and gain profit off it.

“Markets” do not need to exist as there is no business model or “system” behind these squares, only a group of people who want to keep the fun and profit internal with little financial consequence in comparison.

While Super Bowl squares present an opportunity for money to be made, its lack of both a true wager on anything in the actual ball game and the accompanying booking process that surrounds those wagers at sportsbooks truly separate it from the festivities surrounding the same event in the gaming sphere.

Therefore, this is a game that serves as a form of sports gambling in the absolute loosest sense, and again is one that the betting community does not generally associate itself with.

The “Do’s and Don’ts” of Playing Super Bowl Squares

While a true “handicapping” process may not exist in comparison to those who plan to bet the game using a sportbook or online sports betting website, that does not mean there is no strategy at all. Here are a few “do’s” and “don’ts” of playing them:

Are They Any Skills Needed for Super Bowl Squares?

Very few, as one is ultimately betting a version of the final score. While one can use their knowledge of how the game usually goes or even research past Super Bowl scores over the course of history, there is only so much to handicap.

Why Is There so Little Known About Squares?

Because they are internal to the group that is participating in them. Like something around the dinner table or in the work office, squares are something that should be shared within members of the group but mean very little to those not directly involved.

What Is the Fastest Way to Get a Pool Going for Super Bowl Squares?

Determine who would be the most likely to get involved. For some this comes in the form of family and friends, others in the form of co-workers, classmates, or teammates. The more people agreeing to participate the faster the pool can be set on the square.

Are There Perks With Super Bowl Squares Compared to Sportsbooks?

Yes, there are chances to profit from the game in a simpler, minimal way compared to traditional gambling. Due to this, squares have a greater widespread appeal than sports betting but take a hit in industry reputation as they are still viewed as inferior to wagering the game.