Unless you’ve bet on or followed the KBO (Korean Baseball Organization) for some time, you’ve probably never heard of Joon-Seok Choi.

While he last played for the NC Dinos in 2018, he spent the 2014 to 2017 seasons swinging the big stick for the Lotte Giants. His time with the Giants is what we’ll be concerned with right now.

Well, he did just that on one fateful night. As the pitcher released the ball towards home plate, Choi began his mighty leg kick where he pulled his front knee into his hip, leaning back just enough to keep himself balanced.

He drove his foot down into the dirt, and let his hands fly forward as the baseball approached on the inside part of the plate. He started his swing way too early though.

Even though he was early, he didn’t back down—this pitch was too good to hit. He waited as long as he could, foot planted, like a lion completely frozen the instant before the pounce. Then, Choi let the bat head rotate forward and crushed the pitch.

He knew it. A home run. He could feel the ball collide with the sweet spot of the bat. So Choi did what any KBO player would do: he flipped his bat.

And it was a great flip too.

In one motion, he went from finishing his swing with the bat pointed down behind his back and his elbows pointed to the sky, to catapulting the bat in a straight overhead motion, like the beginning of an excessively powerful two-handed ax chop.

There was just one problem though. The ball went foul by about 70 feet. So instead of a moment of exhilaration, it was a moment of embarrassment for Choi.

Choi calmly walked over to his bat, sheepishly picked it up off the ground, and returned to give it another go.

While it was just one foul ball, it helped demonstrate the exciting highs of the Korean Baseball Organization—a league where bat flips are a way of life, each player gets their own personal chant from the fans, and every game is a celebration.

Baseball’s a lot different over there, and the competition level isn’t quite as high, but it presents one of the only opportunities for sports wagers currently available.

The first thing you need to learn about the KBO is the league just scores runs. That’s how the KBO has been for a long time and this season looks like more of the same so far.

Currently, the KBO is scoring 5.3 runs/game on average, compared to the MLB’s 2019 runs/game of 4.8. While 0.5 runs/game might not seem like a big difference, the strength of offenses in the KBO gives the games an entirely different feel.

3 KBO teams in 2020: the KT WIz, NC Dinos, and Doosan Bears are all averaging over 6 runs/game. While the season hasn’t yet hit 20 games, and some of the numbers will return to their averages, it’s still significant that the team leading the league in offense, the KT Wiz, has scored 7 runs/games. 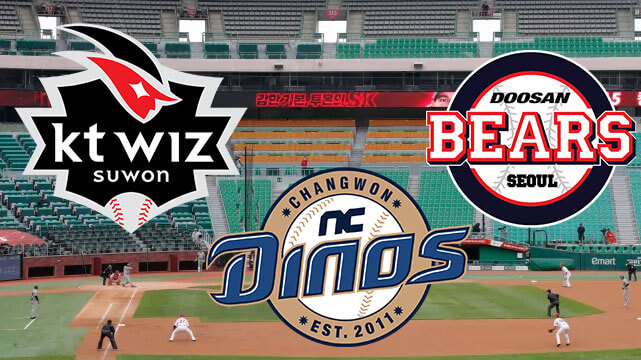 In contrast, no MLB team in 2019 scored more than 6 runs/game. While we can’t compare numbers from the 2020 season, the MLB would not likely see this dramatic of a shift in runs/game from one season to the next— no MLB team from 2018 eclipsed the 6 runs/game mark either.

If you’re making over/under bets on KBO games, always remember how much more offense the league routinely produces than the MLB. Even though the competition level is slightly lower, these players can hit, and routinely score a lot of runs late in games when teams bring in the weak part of their bullpens.

Look at which bullpen pitchers pitched the day before, especially if you’re making an in-play bet at an online sportsbook. If the ace bullpen pitchers for the Doosan Bears all had to pitch the night before to protect a tight lead, the Bears are more likely to show the weak side of their bullpen, making an over bet a good proposition.

2- The KBO is Full of Former Major League Players

Like Nippon Professional Baseball, the Japanese equivalent of the KBO, many players migrate back and forth between the MLB and the KBO.

In fact, some players also move from the KBO to the NPB, so you never know where a journeyman searching for a professional league may end up.

Sampson had a decent 2019 season in Texas but floundered as the year went on when teams caught up to his slider, ending the campaign with a 5.89 ERA while spending time in both the bullpen and the rotation.

Unlike Adrian Sampson, Dan Straily has seen a bit of success at the MLB level, coming in 4th place in rookie of the year voting in 2013.

Straily had a rough 2019 with the Baltimore Orioles, however, ending the season with a 9.82 ERA. Like Samson, he now pitches for the Lotte Giants. 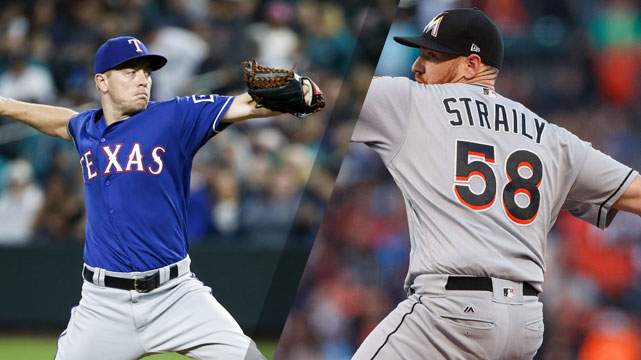 While many aging or ineffective MLB players find their way to the KBO or NPB where the competition level is lower, the opposite occurs for Asian players. Many cream of the crop KBO players look for a higher competition level in the MLB after dominating in their native leagues.

Hyun-jin Ryu, who just signed a lucrative 4 year/$80M dollar contract with the Blue Jays after a terrific contract year, is a former Hanwha Eagle.

Ryu was the first pick in the second round of the 2006 KBO draft and immediately got off to a great start with the Eagles. He ended his rookie year throwing 201.2 innings of 2.23 ERA ball and became the only KBO player to earn both the Rookie of the Year award and the MVP in the same season.

In 2012, Ryu was posted by Hanwha. The posting system allows foreign leagues to offer players to MLB teams. MLB teams can bid for the right to negotiate with the player, then they can attempt to sign the player. The Los Angeles Dodgers won with a $25.7M bid and signed Ryu to a 6 year/$36M contract.

While Ryu has struggled with consistency with the Dodgers, he’s still had a great MLB career so far, evidenced by the huge contract he just signed with the Blue Jays.

Ryu’s one of the best players to come out of the KBO and has held his own at the higher level of the MLB.

The exchange of players between the KBO and MLB leads to some unique gambling opportunities.

Players from the MLB tend to perform pretty well over there so if you see a healthy, former MLB starter starting a KBO game, their team is likely a decent bet to win.

The 2002 MLB All-Star game was one for the books. The game ended in a tie when both teams ran out of starting pitchers.

While many scoffed and complained about the new home-field advantage rule, the rule stuck for a long time. The amount of carping over the All-Star tie game illustrates how much MLB fans are adamantly against ties.

However, the KBO doesn’t have the same reservations. KBO games have allowed for ties in every season but 2008. The league tried to ban ties in 2008 but changed the rule back to allow tie games after the season.

Tie games can make bets push so be aware of the potential for a tie game while betting on the KBO. Luckily, tie games occur less frequently during the playoffs due to the different rules.

4- The League Has Universal Designated Hitters

Like the American League, the KBO has a designated hitter.

There are no pitchers batting in the KBO under any circumstances.

Part of the reason why KBO teams score more runs/game is the lack of a pitcher batting like in the National League of the MLB.

Another consideration is the lack of interleague play in the KBO.

Please Note:
While the MLB has interleague games where American League teams have pitchers hit and National League teams must use a DH, the KBO doesn’t. Betting on interleague MLB games can be tricky and the universal DH in the KBO is a welcome change for bettors.

Do you think the universal designated hitter makes a big difference when betting on KBO games? Let us know in the comments.