In the world of casino games, there are few games that offer the same benefits to gamblers that video poker does. For many years, the only way to enjoy your video poker action was to camp out at a machine in a casino. But the recent boom in casinos apps now allows you to play video poker online for actual stakes no matter you might be in the world.

To help you out in this brave new world, we’re here to help you out in navigating the best real money video poker apps. We’ll tell you what these apps are, how to find them, and the methods you can use for finding these apps on your own. In addition, we’ll give you a tutorial on video poker to show you how to play and demonstrate why so many gamblers love to play it.

The Best Video Poker Apps for 2022

We’re here to tell you about what we believe are the best real money video poker apps at app stores for various devices. How do we know that there are the top video poker gambling apps on the market? Well. We’ve done extensive research, taking a look at all the advantages and disadvantages that each possesses.

To that end, here are the real money video poker apps that we feel stand above the rest:

An unreliable app can ruin your video poker play in many ways. You may run into technical difficulties, or you might find that you have a hard time collecting any money you might have won. The worst-case scenario could end with you losing any money you’ve put into your account or having your personal information compromised.

For all those reasons, you should start any search for the best online video poker apps for money with the apps listed above. In a little bit, we’ll explain what separates the best apps from the also-rans.

How to Play Video Poker on a Real Money App

Video poker is beloved for many reasons, and one of them is because it is relatively easy game to learn. Here is a quick tutorial to help you get through a sample hand when using real money video poker apps.

This will be the money that you allot to yourself for game play. Most video poker casino apps that pay real money will break down the dollars (or other monetary unit) that you allow for play into units known as “credits” or “coins.” These units will be tied into the denomination of the game that you’re playing.

In most video poker games, you’ll have the option to bet up to five per hand. Some games with special features allow you to bet more than the five credits, with the “max bet” bringing most of the extra twists into play. Regardless of the game, you should always try to make the max bet, since that leaves you with the biggest payback potential.

Any cards that you discard will be replaced by others from the deck at the moment you hit the “draw” icon on the screen. This draw deck will have 47 cards in it, since the five cards you were dealt from the original 52 will not be in there. The draw completes the hand.

Your goal is, at the end of the deal and the draw, to make one of the winning card combinations on the pay table that you’re playing. While each pay table is different, in games where wild cards aren’t involved, you’ll usually be trying to make one of the following hands:

On most pay tables at mobile video poker apps, the wining combinations at the top of this list pay the least. As you move down the list, payback gets higher. In other words, the combinations that are the most difficult to make are the ones that pay the most.

There are many different ways you can change up video poker play on casino apps. The most basic format of video poker is known as Jacks or Better, which was the first format used when the game was invented. But you can mix things up at casino apps by utilizing these methods of varying video poker app gameplay. 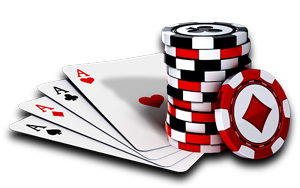 Learning Strategy to Use on Video Poker Apps

If you want to play video poker at a top level on casino apps for real money and maximize your winnings, you’ll have to learn ideal strategy. This means that you’re making the correct mathematical decisions for each deal that you receive about what to hold and discard. Here are some ways that you can do that.

Before you start with a real money video poker app, you might want to try one that allows you to play for free. You wouldn’t be playing for real money, but you also wouldn’t be putting any money at stake. That would allow you to learn the nuance and rhythm of video poker in a risk-free environment.

With a video poker trainer, whether it comes in app form or as software to be downloaded on your computer, you can play hands of the variation you’re hoping to play for real. Each time you make a wrong decision on a specific deal about your holds and discards, the software will alert you. After a while, you won’t make those mistakes.

Strategy charts can be found online for all of the top video poker variations. You can memorize these charts, which rank the best possible card combinations you can get on the deal. Once you know that information, you’ll know the right cards to hold onto every time.

The Advantages of Video Poker Apps 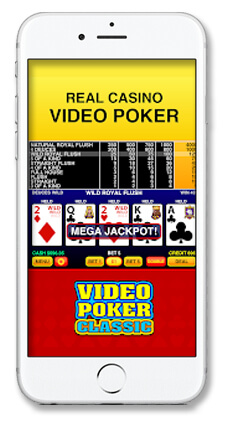 Learning How to Choose the Best Casino Apps for Video Poker

Now you know why video poker is such a beneficial game to play. And we’ve already told you what we believe are the finest online video poker apps on the market. But what about if you wanted to choose an app on your own?
There could be many reasons you want to do this. Perhaps there are some casino apps with video poker on the market that you want to try. Or perhaps an app you’re already using has just added video poker to their selections.

If that’s the case, here are the qualities you should be looking for from any video poker game app you happen to find. 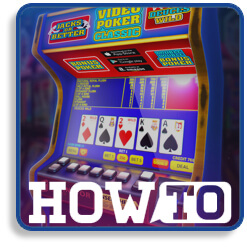 Remember that betting bonuses are an important way to beef up your gambling bottom line.

How to Get Started Playing Video Poker From Your Phone

If you’re familiar with using apps for your smartphones, tablets, or other connect devices, you shouldn’t have any issues with using real money video poker apps. But for those who might be new to the process, here is how to get rolling. 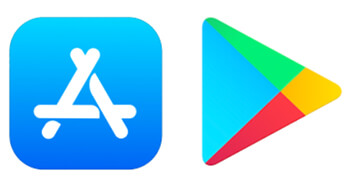 It’s the version of a pay table that offers the highest payback to a gambler. You should be in search of the full-pay table for whatever video poker variation you like to play. Make sure to search real money video poker apps until you locate the full-pay version if you really want to maximize your winnings.
Variance measures how much your bankroll will rise and fall in an average session. High-variance games are ideal for those players who are trying to win a lot of money in a short amount of time. Meanwhile, low-variance games generally let you play longer sessions even with a small bankroll.
The payback for the best mobile video poker games essentially depends on the pay table that you can find. And the good news with casino video poker apps is that you can keep searching until you find the most lucrative pay tables. At casinos, you are limited to the games in front of you.

We hope that you now understand the world of real money video poker apps much better. It’s an amazing way to play one of the most popular casino games of all. You basically have an entire world of video poker at your fingertips.