In 2020, the XFL football league returned after a long hiatus. Along with the new season, there’s a new set of XFL rules that govern the gameplay. In this guide, we’ll provide you with information on everything you need to know about the XFL football rules.

If you’re looking for a preview of everything included in our guide about the XFL rules, look no further. Below, you’ll find a list of the sections included on this page. If you’d like to skip ahead to any one of them now, simply click on the link itself. 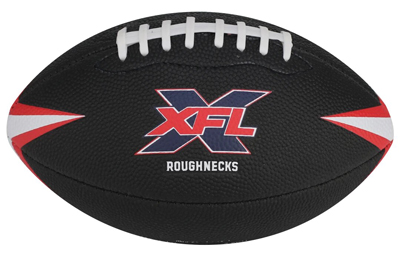 To kick things off, we’ve built this section to provide you with an overview of the XFL rules. Below, we’ve broken things out into different sections so you can quickly get up to speed with everything you’ll need to know about the rules of the XFL.

This portion of our guide isn’t meant to be an all-inclusive listing of the XFL rules. For this section, we’re going to highlight some of the rules which might be surprising if you’re used to standard NCAA or NFL rules.

In the wrap-up section below, you’ll find a link where you can explore the full lineup of XFL rules if you’re interested in checking them out.

One of the primary goals of the XFL was to provide fans with faster-paced and more action-packed games. With that in mind, several rules were developed relating to timing. Check out the summary below of some of the most significant timing rules for the XFL.

To help expedite the game, the play clock will only stop for timeouts until the two-minute warning period of the second and fourth quarters.

The final two minutes of the second and fourth quarters are considered the “comeback period” by the XFL. During these select times, there are several types of plays and scenarios which can stop the clock. In turn, this can allow the team on offense more flexibility to score than during the typical period where the clock isn’t stopping.

The XFL play clock is 25 seconds per play. As soon as the ball is spotted after the previous play, the play clock begins running.

When it comes to kicking and punts, there are several things about the XFL rules we’d like to highlight. The goal of these rules was to try to get more kicks returned and protect the players.

From a penalties perspective, the rules of the XFL are pretty standard from what you’re probably used to if you’ve watched the NFL. However, there are a couple of exceptions. We’ll discuss one of them in the overtime portion of this section. But the other one relates to an illegal man downfield.

With this rule, the XFL states that a player can’t be more than three yards past the line of scrimmage until the pass is thrown. In the previous iteration of the XFL, this rule wasn’t clearly defined, making it tough to enforce. Luckily, it’s much more spelled out now so that teams, players, and officials know the dos and don’ts surrounding it.

XFL rules about scoring are also a bit unique in some ways. Below, we’ll showcase some of the core XFL rules for scoring to get you up to speed.

As is common within standard football leagues like the NFL and NCAA, a touchdown will result in six points for the scoring team.

Once a team has scored a touchdown in the XFL, they’ve got three options for the point after play. Interestingly, none of them include a kick.

Another way the XFL is working to shake things up and make the game more exciting for fans relates to their rules about catches. In the XFL, a catch is deemed good as long as the player has control of the ball and at least one foot or another part of their body touches the field of play.

When it comes to XFL rules about passes, there’s one that really stands out. In the XFL, teams are allowed to do two forward passes in the same play. However, in order to be eligible for the second forward pass, the initial forward pass has to have been caught behind the line of scrimmage.

With the XFL, coaches will not be able to initiate any challenges. Instead, all reviews will be conducted by a replay official. Below, we’ve included what the XFL has deemed as a list of reviewable plays.

The XFL rules relating to timeouts are pretty straight forward. For each half of the game, both teams will have two timeouts to utilize as needed. In addition to these, the halftime break will only be 10 minutes long.

The XFL rules relating to overtime are pretty significant. Check out the overview below of some of the most notable XFL overtime rules.

In the XFL, there’s no coin toss to see which team will go first in overtime. Instead, the visiting team will always have the first attempt.

In the XFL overtime format, the defense is not able to score if there’s a turnover.

The XFL overtime format closely resembles a soccer shootout. For this, each of the teams will have five chances to score from the five-yard line. For each successful score, a team will be rewarded with two points. At the end of all five attempts for each side, the team with the most points will be the winner of the game.

Outside of what was discussed above, there’s something else about the XFL overtime rules worth pointing out. When in overtime, some of the penalties can be more severe for the offending team. Check out the summary below to see how these XFL overtime rules will play out.

Something many folks are interested in is precisely how the XFL rules differ from the rules of the NFL. In this section, we’ll spell things out at a high level so you can understand the similarities and differences between the XFL vs. NFL.

Differences Between XFL and NFL Rules

There are only a handful of things that are similar between the XFL and NFL rules, there’s much more that’s different. Check out the breakdown below to get insight into areas where the rules differ between the XFL vs. NFL.

Similarities Between NFL and XFL Rules

To continue with this section, we’ve added in some highlights below on how the rules of the XFL vs. NFL are similar to one another.

If you’d like a more detailed look at how the rules between the XFL vs. NFL differ, be sure to visit the link below. Here, you’ll be able to gain even more insight into what’s similar and different rules-wise between these two football leagues.

Are the New XFL Rules Good for Bettors?

Now that you’ve got a firm understanding of the XFL rules, we wanted to provide you with some color in terms of how it might impact betting on the league. Check out the talking points below to learn how the XFL rules may come into play when you’re betting on the XFL.

Before moving into our last couple of sections to help conclude this page, we wanted to also provide you with information about some of our most trusted XFL betting sites. If you’re thinking about betting on the XFL, these are the online sportsbooks you’ll want to use when doing it. Our team has analyzed all available options to ensure the list below represents the best of the best.

When coming up with the list above, our team didn’t just throw darts at a board of random names. Instead, we sought XFL betting sites, which would provide you with the best online betting experience. Some of the things our team searched for were sites offering excellent XFL odds, XFL betting options, bonuses, and quality customer service.

Before we wrap up our guide on XFL rules, we didn’t want to leave you without including some handy XFL FAQs. If you’re still missing some answers relating to XFL rules, be sure to scan the list of frequently asked questions below.

We can’t be sure if the existing XFL football rules will stay the same forever or not. However, our best guess is that the league will continue to make tweaks to things to help protect players and keep the game as appealing as possible for its fans.
In 2020, the XFL football league came back for its second season. The first one was held in 2001. After many years, the league is back with some updates that we believe will help it last for much longer than just a single season this go around but with news of the XFL filing for bankruptcy, this is now in question.
One of the primary goals of the XFL was to make the gameplay much faster than the NFL. Thanks to this, fans will see much more action in a shorter period. In addition, the XFL football league has updated several rules intending to help better protect the players. Ultimately, the XFL wanted to ensure it wasn’t a copycat version of the NFL.
For the 2020 season, there are a total of eight XFL teams.
The entire 2020 XFL season will last for 12 weeks. Out of those 12, 10 of them are for the regular season, and two of them are for the postseason process.

Wrap Up on the XFL Rules

Thanks for visiting our detailed page about XFL rules. For those of you seeking a more in-depth review of things, consider visiting the XFL Rules website to see all of the fine print.

If you liked the information you found in this guide, we’ve got lots of other helpful resources to help you in your online sports betting adventures. Be sure to take a moment to explore our site using the main website menu to find other ways you can increase your online betting knowledge and skillset.