College basketball has some of the most loyal fans seen in any sport. That same passion doesn’t always translate to sports bettor, and that’s usually a good thing.

With nearly endless games from November through early April, sports gamblers are provided a tremendous opportunity to create and implement systems that result in a profitable season.

You’re probably aware of the billions of dollars wagered on the tournament, but the easier money is made during the regular season.

If you aren’t familiar with what gives sports gamblers a slight advantage over sportsbooks.

I’ll fill you in with two main factors:

College basketball betting meets both of these criteria in a way that few other sports can.

Whether you have the betting experience of a true freshman, or have been around the block a few times, these systems will help you make the most of your bankroll during the season. If all goes well, you’ll make enough money that you aren’t confined to March Madness.

Test out these tips and find which ones you have success with, can rely on, and trust all year long.

It shouldn’t take too much time or effort to figure out what each team’s against the spread (ATS) record is when looking at a game. 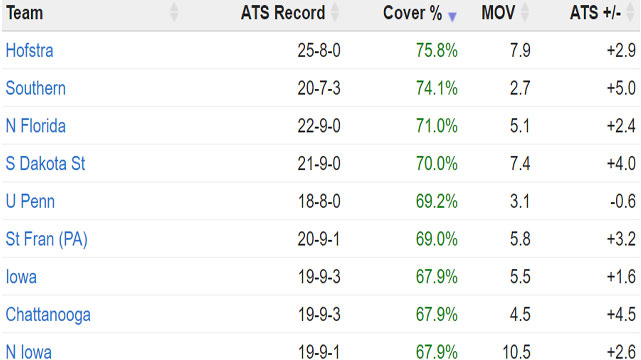 The real question is, how do you use that information to help you make your pick?

It would make sense that if a team has performed well against the spread earlier in the season, you should expect them to keep up with that trend. In reality, that’s not the case.

At the risk of oversimplifying the concept, it should be pointed out that most teams, regardless of overall wins and losses, end up around .500 when it comes to their performance against the spread.

This means that teams with an overwhelming good or bad record ATS are likely to trend towards the mean.

This might sound like the gambler’s fallacy, in that I’m saying if a team has won several straight ATS they’re more likely to lose because they’re “due” to not cover. But in this case, there is a good amount of data to back things up when it comes to college basketball.

Similar to ATS records, it’s easy to find each team’s record when it comes to playing in games that go over or under the total. Also like the ATS record theory, this one can be somewhat counterintuitive.

It’s crucial to remember that all odds are based more on public perception than the sportsbook’s interpretation of what they think will happen. 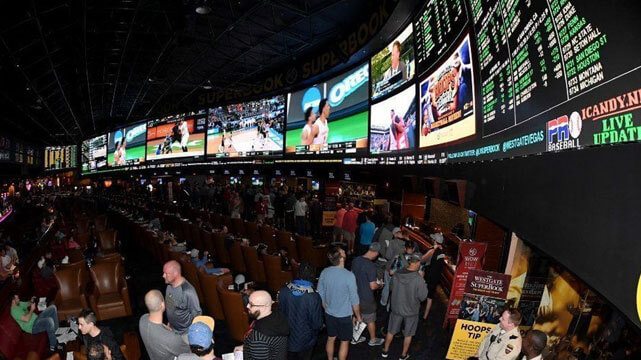 While the goal of the sportsbook is generally to get 50% of the money on either side of the bet, if they can tip the scales in their own favor, they will.

How do sportsbooks get an advantage?

By taking advantage of people who don’t consider the sportsbooks motives in the odds they set.

When it comes to totals, if two teams that have a history of playing in games that go over the total play against each other, it would stand to reason that you can expect a high-scoring game. The sportsbooks know that most bettors will think this way and will inflate the over to a higher number.

Don’t get caught in the sportsbook’s trap, and recognize the opportunity for you to go the other way.

The only question remaining would be, do the numbers back that up?

In fact, they do. When two teams who hit the over more than half the time play each other, the final result is 55% in favor of the under.

Although this section is focusing on totals, the philosophy on recognizing when oddsmakers might be trying to take advantage of the public can be applied to all situations.

Most bettors are familiar with the concept of fading the public. If you aren’t, here’s a brief rundown… Sportsbooks win more than 50% of the money, so you want to be on “their” side. This means that you want to be on the side that less than half the public is on in any game.

While gamblers can debate the effectiveness of the strategy (it is effective, but it requires an extremely high number of trials to realize the success), if you apply a few other rules to this strategy, it becomes even more profitable.

I’ll start by laying out the basic idea.

The more action a game receives, the higher incentive the sportsbook has to beat the public.

This is why it feels like it’s so hard to win NFL bets consistently.

During the college basketball season, the games that see the most action are, unsurprisingly, in the bigger conferences.

The system I’ll lay out studied:

In games featuring two teams from these conferences, it’s not only important to note where the public money is coming, but what the percentages are on each side. In games where the money had at least a 75-25 split, the 25% side won 56% of the time.

To summarize this strategy, when there’s a large discrepancy in where the public action is falling on a “bigger” game, go with the side that is receiving less of the money. This is the sportsbook’s “side,” and that’s where you want to be to make your money.

Continuing with the theme of not being taken advantage of by the sportsbooks, here’s another way you can avoid being a victim.

It’s no secret that each year, in NCAA basketball, there are a handful of teams who have two, one, or even zero losses heading into the homestretch. Most of the time, these teams are the beneficiary of a weak schedule and while they may still be a good team, they’re often overestimated by sports bettors.

Clearly, the public has been overvaluing the significance of their record. To take things a step further, teams that are playing at home in February with two or less losses and are favored by 12 points or more only cover 39% of the time.

This is yet another scenario where the oddsmakers use amateur bettors’ bias against them by trying to entice the public to bet one way or the other. The crazy thing is that it almost always works out for the house. However, if you can recognize it, you can beat it.

Some years, it might feel like the whole NCAA basketball season is just a lead up to the tournament, but if you utilize these systems, you can win more than just the office pool at the end of the season.

If you have one major takeaway from this article, let it be that sportsbooks are trying to take advantage of public bias.

Stay away from the trap bets and you could find yourself with a big bankroll come April.