Many countries, states, and provinces offer legal sports betting. These governments see sports gambling as an acceptable way to drum up tax revenue.

However, few governments are keen on political betting.

The UK is one of the few exceptions that allow widespread gambling on elections.

The “Romney Whale” serves as a perfect reason on why politics wagering isn’t always a great idea. This mysterious gambler(s) bet an insane amount on Mitt Romney in the 2012 US Presidential Election.

These wagers wouldn’t have been such a big deal, but they came when Romney was almost assuredly going to lose. I’ll cover more on the 2012 election along with the whale who sacrificed millions of dollars betting on Mitt.

Barack Obama easily defeated John McCain in 2008 to secure his first term as the US President. He appealed to younger voters on account of his relatively young age and hip demeanor. 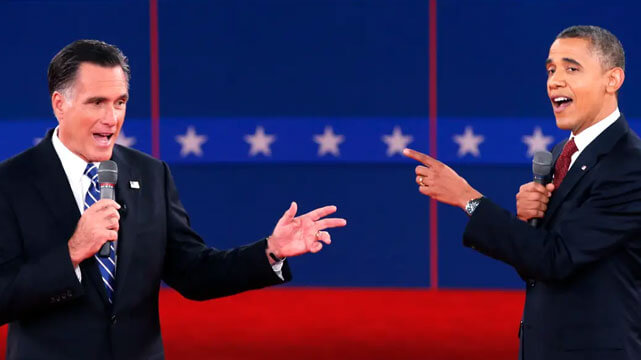 A former Governor of Massachusetts, Romney had success by challenging Obama on the latter’s record involving unfair China trade practices. He also pushed Obama on waiting too long to declare the Benghazi attack an act of terrorism.

However, Obama had great success in painting Romney as a wealthy elite who was out of touch with most people. The “47 percent tape” helped Obama’s cause.

During a private fundraising dinner, Romney stated that 47 percent of people would vote for Obama no matter what. He alleged that these voters “are dependent upon government” and don’t “take personal responsibility and care for their lives.”

These comments were secretly taped and later released to the public. Romney also had other slip-ups, including his lack of accountability for past statements (a.k.a. “Romnesia”).

The 2012 election was virtually even at one point during the year. However, Obama easily distanced himself from his opponent as November neared.

The Story of the Romney Whale

With two weeks left in the election, Barack Obama became the widespread favorite to win a second term. Most people betting on the election were backing the favorite.

Nevertheless, one gambler began risking serious amounts of money on Mitt Romney. They wagered between $4 and $7 million on the Republican candidate on Intrade. 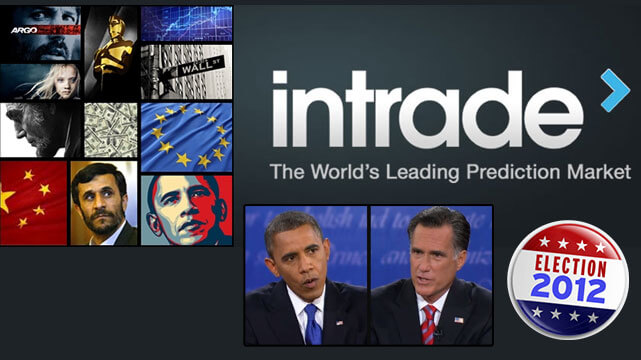 Now defunct, Intrade allowed people to trade contracts on the probabilities of certain events occurring. Those trading political contracts were essentially gambling on the outcome of races.

They note that “Trader A” bet approximately one-fourth of the total money wagered on Romney during the race.

Through a published paper, Sethi and Rothschild speculate that the bettor was trying to manipulate the election results. They believe Trader A wanted to boost Republican morale and voter turnout as Mitt fell behind.

The duo presents three different possibilities why Trader A gambled so much on Romney so late:

Rothschild and Sethi don’t put 100 percent support behind any of the three options. However, they largely believe the first option motivated the Romney Whale.

While Trader A is definitely the most-interesting part of the study, Sethi and Rothschild also present other interesting findings.

They discovered that 86 percent of bettors/traders never changed their stance throughout the race. Meanwhile, only 6% of the gamblers wagered on both candidates during the campaign.

Romney initially gained steam in the election after winning the first debate against Romney. Intrade had him as a favorite at this point.

Was This Indeed Political Manipulation?

Rajiv Sethi expands on his thoughts regarding the Romney Whale through a blog post. He and Rothschild discovered Trader A after analyzing over 3.5 million “contracts” from 3,200 unique accounts.

The massive amount of betting action on Romney wasn’t a surprise to anybody paying attention.

The number of bids on Romney greatly exceeded the amount of offers. Sethi felt that this strange occurrence indicates manipulation for two reasons:

Sethi also finds the strategic method in which the bets/trades were made to be interesting.

The pattern in which the gambler made wagers indicated that they wanted to impact the odds—rather than just win.

He reinforces the same speculations made in the paper that he co-authored with Rothschild. The whale could’ve been trying to boost Mitt’s campaign contributions and voter morale.

Sethi also lays forth the possibility that the Romney bets could’ve been used for financial gain elsewhere. The whale might’ve sacrificed $4 to $7m in losing bets to influence thoughts on securities, such as health, oil, or gas stocks. 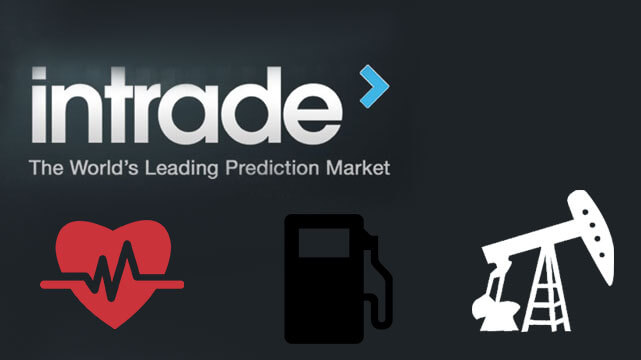 Those who believed Romney had a better chance to win might’ve bought subsequent contracts that aligned with his proposed initiatives.

Ultimately, Sethi dismisses the idea that a trader gambled millions on Romney just to manipulate prices elsewhere. He doesn’t completely rule out the idea but doesn’t think that it’s plausible either.

In the end, Sethi goes with the notion that the Romney Whale was supporting the campaign. He notes that $4 million is less than the cost of developing and running a primetime campaign ad.

Influencing votes by changing Intrade odds didn’t have a monumental impact. However, this process could’ve been more impactful in the race’s late stages—when people were tuning out political ads.

Should Political Betting Be Illegal?

Sports leagues long resisted the idea of allowing legal betting in the United States. Their biggest fears revolve around corruption and gambling scandals.

Some leagues, including the NBA, NHL, and MLB, have since come around.

They see the potential for revenue sharing with sportsbooks in some way or another.

The same situation may never come about regarding political betting. Potential corruption in politics is much more dire than in professional sports. Gambling manipulation would negatively affect beliefs in the democratic system. 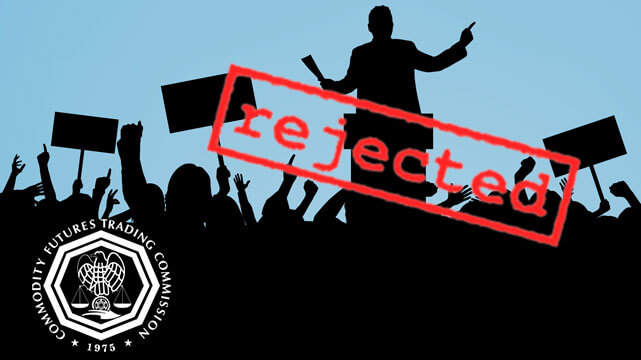 First, they pointed out that most states explicitly ban gambling on politics. The CFTC also noted that this type of trading doesn’t have much use when compared to stocks and commodities.

In 2013, the Nevada Gaming Control Board received a similar proposal. They rejected it amid not wanting to challenge the status quo regarding political gambling.

Why Do Some Countries Feel Safe Offering Political Betting?

Most countries aren’t comfortable allowing political gambling—especially the US. Many jurisdictions don’t feel that the reward justifies the risk.

However, the UK is one country that feels perfectly comfortable in allowing political betting. 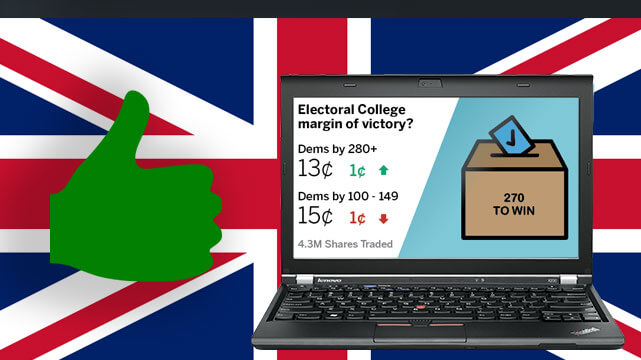 Its bookmakers have been taking wagers on politics for decades.

The prevailing wisdom is that bettors largely can’t influence a major race.  Assuming a gambler dumps lots of money on one candidate, knowledgeable bettors will take the opposite side as the price changes.

Furthermore, irregular betting action would draw more scrutiny in a legal market. The UK Gambling Commission is on alert for any type of wagering that could impact a race.

Long story short, the UK is perfectly comfortable with its ability to police this type of betting. Other countries could potentially offer a fair market too with the right conditions in place.

Of course, the Romney Whale will always serve as a deterrent for countries/states that are mulling over politics gambling.

Then again, Intrade was a controversial site that never gained approval to allow political wagering.

A regulated and legitimate market would go a long way towards easing fears about this type of gambling.

People have been betting on politics for hundreds of years.

However, the Romney Whale marks the first time that a study reveals a large-scale attempt at manipulating political betting odds.

David Rothschild and Rajiv Sethi show that Trader A likely tried influencing the 2012 Presidential Election. The whale ultimately failed to help Romney win, but they were willing to sacrifice at least $4m in the effort.

A legal political betting market, such as that in the UK, would be more reliable.

In summary, the US and other countries will likely avoid legal politics gambling for the foreseeable future. But they may eventually come around to the idea.