Yes, esports betting is still growing at an exponential pace. And it’s growing at a pace that would put other industries to shame effortlessly. Such massive growth is the result of several key factors that aligned perfectly for the flourishing industry. League of Legends is one of them, and LoL Worlds betting is leading the charge as far as betting popularity goes.

Despite that, beginners still seem to have issues with finding good esports betting platforms for LoL betting. If you’re among them, perhaps the following section on LoL Worlds betting sites can help you out.

Take the last event as the perfect example. It had almost 4 million peak viewers, almost the same number as the two previous iterations combined! Considering such a massive number, it’s no wonder the demand for LoL Worlds betting online is at an all-time high.

How to Start Betting on LoL Worlds in 2022

As you’d expect, LoL betting sites offer plenty of LoL Worlds betting options. Among these betting options, you’ll find lots of specials, AKA prop bets. The better the diversity is, the happier esports betting enthusiasts will be. It’s as simple as that!

If you’re just starting out and you don’t know what to expect from LoL World Championships betting sites, here’s a short list featuring the most popular bets offered.

First blood is the very first kill in a League of Legends match. It doesn’t just bring forth extra gold, but it also pushes the complexity of the lane in one direction. It can mean a lot in the long run, especially if the second kill comes from the same player/duo on the same lane.

As for the bet, bookies offer these specials all the time, although they seem to be most popular during MSI and League of Legends World Championships. The odds are fine but don’t expect anything too fancy.

For a fancier approach:

Try experimenting with “player to draw first blood“. They’re much rarer, but they are typically available for LoL Worlds betting. We’re sure you’ll find them on one of the above-listed esports betting platforms. 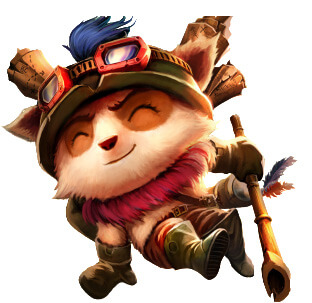 Typically, League of Legends matches last around 40 minutes, 10 minutes give or take depending on the match complexity, teams’ playstyles, champion compositions, push potential, and so forth. Over/under bets are pretty simple, too. The bookie gives you a rough estimate and you’re supposed to guess whether the match will last shorter (under) or longer (over) the specified estimate.

The same premise works for this here bet too, with the only difference being the main subject. Match duration was the culprit above; here, we’re talking about predicting the match score. For example, you’re betting on a Bo3 match, which means you’re supposed to predict whether the end score will be under or over 2.5 rounds. In other words, you’re basically betting on whether the end result will be 2-1 or 2-0, no matter which team ends up winning the match.

Why are we telling you all this? Well, we’re just trying to emphasize the importance of killing the first Baron/Dragon, meaning these specials are pretty safe to bet on.

These esports specials pin two players (typically one from each team) and allow bettors to guess which of them will have more kills in the given match. In addition to kills, LoL Worlds betting sites often feature bets on other stats, too. For example, you can bet on stuff like creep score by the 10th minute, the number of deaths, assists, and similar. We’re talking about very profitable bets if you have deep knowledge of the LoL esports scene and both competing teams.

The best sites for betting on League of Legends are those that offer plentiful betting options. A good variety of esports specials is a prerequisite for a proper online betting experience. Without it, bettors are crippled and cannot deploy a proper array of betting opportunities as much as they’d like.

That’s why, if you’re interested in exploring the vast waters of LoL Worlds’ specials, we recommend you check out our in-depth League of Legends betting sites guide. Our favorite platforms all offer exceptional variety in terms of esports betting options but aren’t afraid of tackling conventional sports, too!

You should still check out our LoL betting guide, even if you already have a good betting platform. Why is that? Well, it doesn’t just list out the best esports betting sites in 2022. It also gives plenty of advice on how to approach your future LoL Worlds betting campaigns.

What to look for in esports bookmakers? That’s the most common question beginners ask themselves. If you’ve found yourself asking the same thing, here are five characteristics that ought to help you out:

First and foremost, ease of use! For beginners, this is definitely the most important factor. If your go-to LoL Worlds betting platform is not easy to use, you won’t have a good time on it! Luckily, the above-featured sites are all, more or less, user-friendly. They are fast, responsive, and don’t require web browsing diplomas to navigate from page to page.

Have Fair Odds and Generous Bonuses 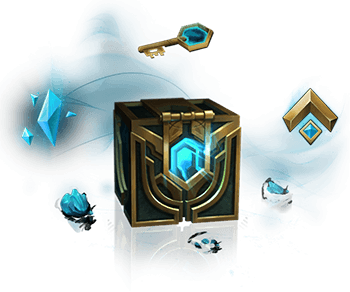 So, you want to figure out how to know which bookies have the fairest odds? It’s simple, just open up a few of your top picks and compare the most popular odds. You’ll notice trends pretty quickly. However, odds aren’t everything. Make sure the bookmaker that has the best odds doesn’t cheap out on other parts of the equation!

Almost all online bookmakers these days have some sort of betting bonus to incentivize new account registrations. Even though these are typically barred behind ridiculous rollover rules preventing payouts, not only do people have a ton of fun with them but tend to exploit them too.

We won’t get into all that, though, but feel free to check out our esports betting bonuses page.

Payout times vary from place to place and from one payment method to another. But there are bookmakers that deliberately take their time with paying users’ winnings out, hoping they’ll cancel the request and splurge their money away. Yep, this is a legit concern. You’d be surprised at the number of bookies that do this.

That’s why we always emphasize the importance of choosing the right bookie! Not sure where to look? The above-featured list features only reputable names that won’t hold onto your money for days on end. They’ll pay you as soon as their internal processes allow them to, which is usually anywhere from 24 to 48 hours, depending on your payment method and withdrawal amount.

Possess Both Sports and Esports Lines

Sure, you want to bet on LoL Worlds. That’s why you’re here. However, if you like the betting action, chances are you’ll want to expand your views. We’re not just talking about expanding to other esports but sports titles too.

With that said, if you don’t want to have accounts on multiple bookmakers, each for one specific segment, you should look for an all-in-one betting platform right away. On the bright side, most sites that offer esports offer sports betting as well.

But you can never be too cautious, so make sure you check their lines out before you commit!

Turning our attention back to the League of Legends World Championships, here are some interesting facts that’ll tell you more about these massive esports events.

A Quick Look Into the History of League of Legends Worlds

The first LoL Worlds started off the esports scene as we know it. There were attempts before it, many of them in fact, but not one made a bang quite as big as the first League of Legends World Championship.

It didn’t take too long for the game’s esports ecosystem to take proper shape. Regional championship series were quick to pop up, but they were nowhere near the level of organization and production quality they have today.

The biggest jump for LoL’s esports scene was definitely the introduction of fully-partnered leagues. And we’re not primarily talking about LPL, which was the first franchised LoL competition. Instead, we’re talking about LCS’ and LEC’s franchising systems.

They paved the way for long-term stability which resulted in a highly lucrative environment that funneled even more money into the industry.

Believe it or not, all of this has some connection to the LoL Worlds betting scene. What gives? Well, if it wasn’t for such a massive focus on long-term stability, League of Legends wouldn’t be able to push esports into the mainstream, and esports betting wouldn’t reach the level it’s at today.

Oh, that’s a very nice question… It just so happens that we feature LoL betting picks every now and then. Our esports picks section is usually swamped with CS:GO stuff, but we do tend to cover LoL Majors betting campaigns. Our picks are driven by stats, not gut feelings, so you might want to check them out from time to time if you plan on LoL Worlds betting online.
Well, if we’re judging by prize money, they’re not the biggest. But they’re among the top 10, for sure. Events like The Internationals and recent Fortnite events have had bigger prize pools than the most recent Worlds. However, LoL Worlds excels in raw popularity. That’s why LoL Worlds betting is a great way to participate. The 2019 installment had 4 million peak viewership, which is an absolutely brilliant number by today’s esports standard. So, yeah. LoL Worlds are pretty big events, bearing great importance within the esports industry.
As mentioned earlier, League of Legends World Championship is definitely the most popular LoL event in the world. Statistically, the 2021 LoL Worlds iteration the second most popular esports event in the world according to peak and average viewership—only 2021 Free Fire World Series Singapore had more.

2021 LoL Worlds had over 4 million peak viewers during the grand finals between EDward and DAMWON. On average, the event had roughly 1.3 million viewers, which is the highest average viewership yet!

To put things into perspective, 2021 PGL Major in Stockholm had just shy of 600,000 viewers on average and a 2.75M peak. Another notable comparison, Dota 2 The International 2021 had roughly the same peak viewership and roughly 857,000 viewers on average. Yep, that ought to show you just how popular League of Legends World Championships really are.

As far as technicalities are concerned, we’d rather not go into all that stuff. It’s way too complex for a short section like the one we’re going with here. Let’s just say, once again, that the complexity and sophistication of security systems are solely up to you. If you opt for a reputable bookie with LoL Worlds odds, you can rest assured your personal info is in good hands.
Betting on LoL Worlds works just like betting on every other event out there… And betting on every other esports event out there is, for the most part, just like betting on conventional sports. The premise is as simple as they come. Pick the team you think will win, enter the stake, and you’re all done. You’ve successfully placed a match-winner single!

You can complicate stuff, though. You can experiment with stuff like accumulators, systems, specials, and whatnot. All these things add extra complexity to your wager but add to the wagering processes, too.