Featured Betting Sites For May 2022

Class provides a crucial piece of betting information for those who are going to wager on Thoroughbred races. You can use it in conjunction with other important factors such as form, style, jockey and trainer, pedigree, and distance to find the best horses in a particular race. Or you can lean on it above all other factors if you find it works for you.

When it comes to horse racing betting for real money, it can be confusing the first few times you look at a racing form to try and determine which horses you should be picking. There is so much information that it can seem like overload. Yet you know that somewhere on that sheet of paper there is some piece of data that can really tip the scale in one horse’s favor.

Many people simply focus on the results that a horse has been putting up in its recent starts.

But if all you go by are the results, you might be missing out on the class factor that is so important to horse racing wagers. The caliber of competition that a horse faces is also a crucial factor to its success. And the way that a horse moves up and down in class also makes a big impact on overall race-to-race performance.

Novice horse racing bettors might not realize how important class can be to handicapping (which is another term for deciding which horses to pick in each race). But you can use it in many different ways, including diagnosing whether a favorite is worthy of a win bet. It’s also a clever method of figuring out if a long shot can maybe sneak in and provide excellent value in a race.

In the following article, we’ll tell you everything you need to know about using class to help you with your horse wagering. We’ll explain what it is and show you the different ways of determining it. And we’ll talk about the different ways you can apply it to various horse racing bets.

What Is Class in Horse Racing?

Whenever you talk about class when it comes to a Thoroughbred horse, you are describing the level of racing where that horse resides. There are many different ways to determine class, which we’ll describe in further detail a bit more below. But for now, it’s important to understand the concept and how it can be applied to picking winners.

Basically, the idea is that horses with a higher level of class should be expected to do better than those with a little bit lower class level. That is the theory and, like anything else with horse racing betting, it isn’t an exact science. But if you believe in it, you would try to these two rules when you handicap:

Perhaps the easiest way to figure out the class of a horse is to look at the types of races in which it was most recently competing. This would give you the best indication of where the horse stands at that point in its career. It will allow you to compare it to the others in the race.

There are basically four types of races in the horse racing world. They create a kind of hierarchy that will let you judge class in a general sense. Take a look.

This is the highest class of all Thoroughbred horse races. The general rule for a stakes race is that the owner has to pay for the horse to compete. Hence, the name “stakes,” since owners are staking their horses to perform.

Please Note:
No owner would do this unless they thought that their horse was worthy of competing on the highest level for the big purses which can make the initial stake price more than worth it.

As a result, if a horse has been competing in stakes races, you can usually expect it to be a little bit classier than others in all other types of races. Individual stakes races are classified by grade, with Grade 1 stakes races like the Kentucky Derby. The Kentucky Derby features the highest caliber of Thoroughbred horses.

Allowance races are those where horses are limited to the amount of success they have had in recent starts. For example, an allowance might say something like, “Non-winners of $30,000 in the last three starts.” If a horse fits that restriction, it can race.

Tracks usually have different levels of allowance races. Therefore, a horse can move up through them if they’re performing well. And if a horse is struggling, it can drop back down in class to maybe find a level where it can be more competitive.

In a claiming race, every horse is essentially up for sale. The claiming price is set by the track. For instance, you might see a race listed as a $25,000 claimer, which means that any prospective owner can claim that horse before the race begins and take possession of it at the completion of the race.

Just like with allowance races, horses can rise or drop through various claiming prices as they perform well or struggle. For the most part, claiming races feature competition that is a bit weaker than a normal allowance field. But it is possible for horses to rise from the claiming ranks even all the way up to stakes action, although it is rare.

A maiden in horse racing is not a reference to the horse’s gender in any way. Instead, a maiden is a horse that has never won a race. As a result, maidens are generally at the lowest level of the horse racing world.

Of course, even the greatest champions start out as maidens at the beginning of their career, so it’s much more likely that a maiden will rise to the level of stakes horse later on.

Other Indicators of Class

If you wanted to simplify horse racing class down to an en equation you would say this:

But that theory isn’t quite airtight. There are some other indicators of class that can help you clarify your real money horse racing bets. Read on to find out what they are and how you can determine them from a racing form.

Each horse race features a certain purse. It might be as low as a few thousand dollars. Or it could be up in the millions for some of the top stakes races.

It is generally true that purse indicates class.

As a result, if you see a horse that has been recently involved in races where the purses are much higher than the race in which it is scheduled to compete, it could mean that it has a class advantage. And the reverse is true for horses who are suddenly running in a race with a much higher purse than usual.

On the program, the purse amounts can usually be found in a column on the far left of the horses’ “lines.” Take a look at its different purse levels in recent races and you might find an indication of overall class.

In the horse racing world, it’s important to realize that certain tracks are stronger than others in terms of competition levels. The United States tracks like Gulfstream Part in Florida, Churchill Downs and Keeneland in Kentucky, Saratoga in New York, and Santa Anita and Del Mar in California are known for having the best possible fields. Part of that has to do with them offering big purses.

As a result, you might find that a horse that has been competing in stakes races at other tracks is more like an allowance-level horse at one of these hallowed locations. By contrast, horses that have been toiling away at lower levels at these tracks can move to a lesser track and make a smooth move up in class.

Knowing which tracks have the toughest competition is an excellent way to forecast class. Again, this info can be found in a program line, usually to the left, in the same area where purse totals are located.

While the signifiers above are pretty reliable for the most part in determining class, perhaps the ultimate indicators are the other horses in a field. Quite simply, if you’re a Thoroughbred and you’re facing better horses one race and lesser ones in the next, you’ll have a better chance of performing well in the latter race. And the reverse is true.

Please Note:
Knowing the competition in a race is something that hardcore horse racing bettors can pull off better than the casual bettor. That’s because they’re watching races with more regularity and know the names of the horses involved. Plus, if they’re seeing the races, they can usually spot when horses are weak or strong.

One way to find out about competition using a racing form is by spotting the competition line. It’s usually located on the far right of a particular racing line and it will show the top three finishers from that race. If you have a little bit of knowledge of the horses at a track, you can use this to decide if the horse you’re looking at has been facing tough or weak competition.

Tips for Using Class in Your Horse Racing Betting 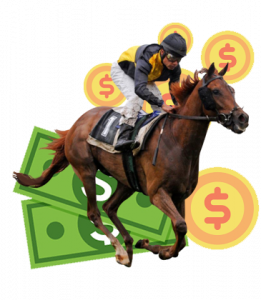 Class is one of the best indicators that you can use when handicapping horses. And the best part of it is that it can provide you with great value as well. The reason is that many novice bettors overlook it.

Horse racing uses a pari-mutuel betting system to determine odds and payback. This system ensures that horses are given odds based on how many bets are placed on them. If a horse receives a lot of betting attention, odds will be low, and the reverse is true.

As a result, if other bettors are overlooking class as a factor, you can take advantage of it. You might be able to find horses that are undervalued and place bets that could bring you good prices if they hit. Here are some tips to help you use class and make winning bets.

Class is an excellent way to find horses to put in other wagers besides win, place, and show. By that, we mean the so-called “exotic” wagers, which require you to pick multiple horses in a single race or multiple races. For example, you can use a horse that is dropping down in class as a “key” for these wagers, putting it in as many combinations as possible.
You should always take as many factors as possible into consideration when making a horse racing bet. There are times when a horse suddenly finds its top form and begins moving up in class and performing well. When a horse gets on a hot streak like that, it might outweigh any class considerations.
As we said above, it’s a good idea to consider every facet of class before deciding on a horse. But if you really want to use a shorthand method, the purses a horse raced for most recently is an excellent way to determine class. Quite simply, better horses run for more money, so spotting the rise and fall in purses should go a long way in showing you the class of a horse.