Betting on esports is nothing new! It’s a massive industry that needs no further introduction anymore. Nowadays, everyone and their grandmothers know that betting on video game competitions is a real thing. What people don’t know is the sheer size of the industry as well as the fact that it’s only going to keep growing.

The biggest share of the esports betting cake goes to globally popular titles like CS:GO, Dota 2, and League of Legends. However, people love betting on many other esports titles! If you’re interested in betting on esports, check out our list below of the best sites for betting on Rocket League and other esports.

Games such as Fortnite, Call of Duty, Overwatch, Valorant, and the subject of this guide—Rocket League—all have active fanbases and betting communities. They’re small in contrast to those of the big trio, but they’re still worth mentioning when looking at the big picture.

Rocket League betting online might not be the most popular esports betting category out there, but it’s a lively one. It might not have the biggest fanbase, but it has an active one. Its community is not afraid to get down and dirty during the game’s biggest events, RLCS and RLRS.

What are the best Rocket League betting sites in 2022? How do you find them? What makes them so great in the first place?

These are just some of the questions esports betting beginners ask. Let’s answer them one by one.

What Are the Best Sites for Betting on Rocket League?

How Do You Find Them?

What Makes Them So Great in the First Place?

What Is Rocket League?

Rocket League is a highly competitive video game with a pretty straightforward premise. It has all the key characteristics of soccer, but instead of people chasing a small ball, it features cars chasing giant balls, speed boosters, and plenty of high-octane action. It’s basically a mixture of racing and soccer, the best kind, mind you!

Rocket League was released on July 7th, 2015. Yep, we’re talking about a five-year-old game here. However, its esports scene didn’t come immediately. The first two years of its existence, even after the formation of the Rocket League Championship Series, didn’t have a lot of public exposure. Late 2017 was the first Rocket League esports boom.

Since then, the game’s viewership and overall popularity kept on rising. The most popular Rocket League event thus far was RLCS Season 8 World Championship with roughly 110,000 average viewers.

Unfortunately, we have no Rocket League online betting stats to show off. The industry is very secretive when it comes to these sorts of things, so we can only play the good old guessing game. If we had to guess, we’d say 2018 was the year when Rocket League betting made its big breakthrough.

People used to bet on Rocket League before that, but 2018 was around the time the game got its biggest share of bettors. Rocket League’s popularity coupled with the general state of affairs within the esports markets are the main reasons why 2018 was the year for real money Rocket League betting.

But as the game keeps growing under Epic Games’ supervision, we’re sure new heights will be reached and records will be broken relatively soon. Rocket League’s competitive system is going through its golden days, that’s for sure!

Does this mean now is a bad time to start betting on Rocket League? Does that mean you’re late for the party? Well, if you’re thinking about the profit, there’s still plenty of it to be found across the board. Whether we’re talking about betting on RLCS, RLRS, or other RL events, profit potential is definitely there.

If you’re just about to enter the vast waters of the Rocket League betting extravaganza, one of the first problems you’re bound to stumble upon is looking for a reputable betting site with Rocket League odds. It’s the first major decision you have to make. Oftentimes, though, it’s the decision many newcomers can’t make on their own… If you’re among them, perhaps we can be of service.

What makes Rocket League so popular is its mechanics. The game is easy to learn but hard to master. Coupled with a healthy esports community, it’s a game that anyone will surely enjoy. Rocket League betting sites are becoming more popular with each year, adding a nice boost in popularity to an already flourishing ecosystem.

The game’s main competition, Rocket League Championship Series, is showing excellent franchising potential. Psyonix and Epic Games are carefully exploring their options franchising-wise, hoping that a well-balanced system would do the game’s esports scene a world of good.

As for betting on Rocket League for real money, the popularity won’t start to diminish anytime soon. RLCS X is going to be a true test of Rocket League betting scene’s maturity, but one that ought to pass with flying marks! You can count on Epic Games to take good care of everything else! 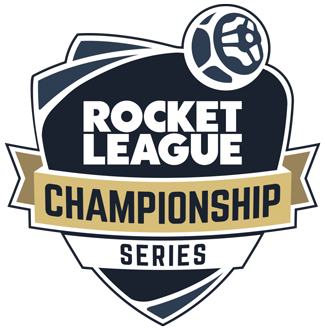 RLCS seasons are biannual. They feature regional championships and a massive World Championship event to square things off on the international level. RLCS events offer plenty of betting opportunities. RLCS betting sites do their best to feature the widest variety of specials, and bettors do their best to make their efforts count during these events. If online Rocket League betting interests you, then online RLCS betting is what you’ll be basing your adventures on! 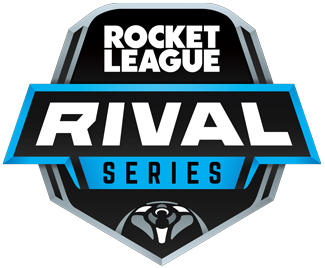 Rocket League Rival Series, or RLRS, is sort of like the second-level of professional Rocket League. It’s the so-called second Rocket League division, it runs parallel with the RLCS but features up-and-coming teams or teams who got demoted from RLCS.

Betting on RLRS and betting on other Rocket League tournaments is always fun, especially if you’re one of those people who love following a young player or team on their rise to glory. Spicing things up with Rocket League bets just makes the whole experience that much more rewarding.

How to Bet on Rocket League Online

If you came here looking for a short step-by-step guide on Rocket League betting, feast your eyes on this!

Moving on with our Rocket League betting guide, let’s talk a little bit about esports specials!

By specials, we aren’t just talking about accumulators and live betting options. Specials go much deeper than that. These bets can vary from simple stuff like correct score and total goals over/under, all the way to player vs. player stats-based wagers, halftime/fulltime result wagers, and a ton of additional nonsense.

Let’s go through the key components!

For this special, the bookie specifies two players and a stat (e.g. goals, assists, saves), and you’re supposed to pick which of them will have more of that particular stat at the end of the match. It’s a tricky bet, but one that can easily yield plenty of profit.

For this special, the bookie specifies a rough average of expected goals at the end of the match. You’re supposed to guess if the final count of goals will be over or under the bookie-specified average.

This one is pretty straightforward. You have to guess the correct score. Be wary of this one, though. Rocket League betting odds for correct score are scattered all around, and they often don’t yield that much value. The aforementioned total goals over/under play in a similar bet but is much less risky.

Last but not least, there are outright bets. When talking about Rocket League, the most popular outrights are definitely those on RLCS and RLRS. There are several types, such as outrights on regional championships and outrights on the World Championship events. Either way, these bets yield solid odds and guarantee long-term entertainment.

There’s one more thing we need to go through before wrapping stuff up. As the heading implies, I’m referring to the frequently asked questions.

It’s not as popular as the likes of CS:GO and Dota 2, that’s for sure. But you’d be surprised at the viewership numbers of Epic Games’ new purchase. The biggest Rocket League event last year, RLCS S8 Finals, had roughly 110,000 viewers on average. Peak viewership was around 280,000. It happened during the grand finals between NRG and Vitality, making it the most popular Rocket League event thus far.
As far as the platforms that offer betting on Rocket League go, we don’t have any concrete numbers to back up our claims. If you still want to know our favorites, check out our Rocket League betting sites page for a complete breakdown.
Rocket League trading, unlike Rocket League betting online, is a kid-friendly thing. We’re talking about a sophisticated player-to-player trading system that’s in no way connected to the game’s betting community. However, there have been attempts of exploiting Rocket League trading system. But that’s a topic for some other occasion.

If you’re a worried parent who thinks Rocket League trading and betting are the same thing, we’re here to inform you that it’s not.

There are two prominent Rocket League competitions, RLCS and RLRS. Rocket League Championship Series is the top-level RL league, featuring the best talents that play for the very best teams out there.

RLRS, on the other hand, is a second-tier competition that enjoys much lesser prize pools and much lower public exposure. It packs new, rising teams as well as old RLCS participants who got relegated last season. Betting on both is rewarding in its own unique way. Don’t let anyone tell you otherwise!

Now, this is a very difficult question to answer objectively. No matter how hard we might try to understand what addiction is and how it works, it will always be (at least in part) subjective. Subjective thoughts are what addiction feeds upon, what it’s made of.

The simplest answer would be something along the following lines: Anything you do frequently enough can lead to addiction. People easily get addicted to the small things in life, such as a morning coffee or a nightcap. The same goes with betting on Rocket League.

Long story short, don’t bet so much money that it could potentially be harmful. Don’t bet too often, and don’t rely on your betting endeavors to get you out of sticky situations. That’s the best advice we can give!

This is it, boys and girls! We’re all done. You’ve reached the end of our Rocket League betting guide! It’s been a pleasure guiding you through the deep waters of RLCS betting options, live betting opportunities, and providing you with esports betting sites with the best Rocket League odds. Let’s quickly go through some of the key facts before wrapping everything up!